‘City So Real’ filmmakers paint a portrait of the real Chicago 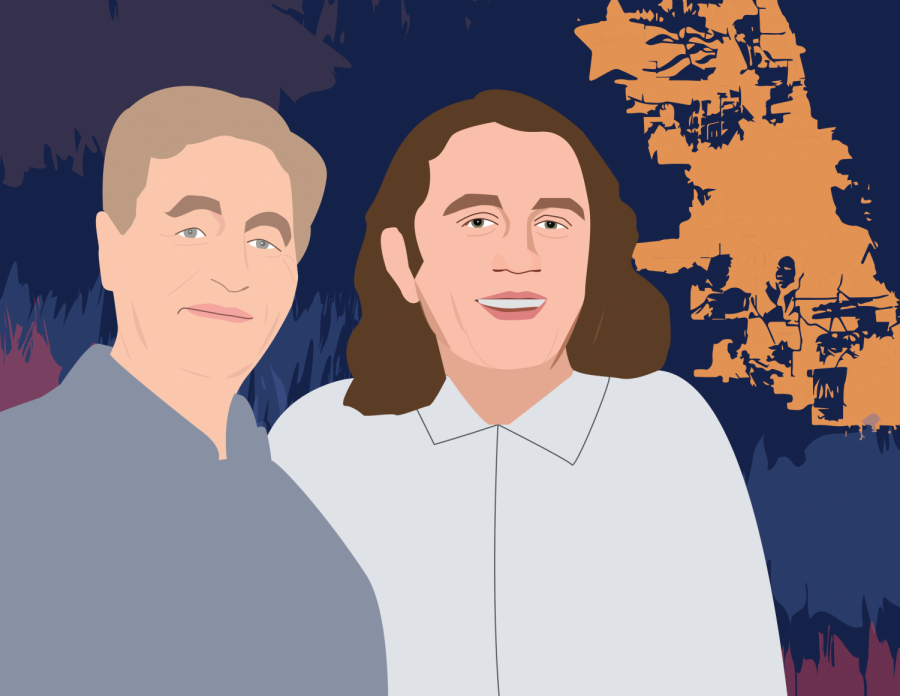 Chicago might be described as a city of juxtapositions—Lake Michigan’s beaches and overgrown lots; modern high-rises and rows of two-flat homes spanning multiple blocks; merchandise-filled windows on The Magnificent Mile; and boarded-up Chicago public school buildings.

These images open the five-part docu-series, “City So Real,” which explores Chicago’s complexities against the backdrop of the 2019 mayoral election and the various events of 2020. Released Oct. 29, “City So Real” was nominated for the International Documentary Association’s award for “Best Multi-Part Documentary.”

“One contrast after another … it’s a portrait of Chicago’s people,” said Jeff Spitz, associate professor in the Cinema and Television Arts Department and host of “The Doc Talk Show,” a monthly nonfiction film showcase.

The series’ director, Steve James, and his son—the series’ cinematographer—Jackson James, were guests on “The Doc Talk Show” on Wednesday, Dec. 2.

Jackson James, a 2014 film and video alum, said “City So Real” was his first foray into cinéma vérité, a style of filmmaking that focuses on documenting the reality of events as they unfold and often avoids artificiality.

“While we’re trying to cover all these very complex issues, we’re just also trying to convey some aspect of what it’s like to be in a place,” he said. “It’s best to just not have any idea of what you’re trying to do and you’ll find something.”

Jackson James did solo work for the film, walking around the city by himself or with a sound engineer to capture imagery for the series’ many montages. He said the style had him “along for the ride,” and in some instances, absorbed into the scenes as they happened.

One such scene unfolded in Chicago’s oldest eating establishment, Daley’s Restaurant, under the CTA Green Line tracks at 63rd Street and Cottage Grove Avenue in Woodlawn.

A major theme of the series is the nature of Chicago politics, and the filmmakers had originally intended to film mayoral candidate Paul Vallas politicking with Woodlawn residents in the restaurant. Eventually, though, the camera finds a woman singing Christmas tunes to restaurant patrons instead.

Spitz said watching the scene felt like sitting in the restaurant, which is what cinéma vérité makes possible.

“We get to inhabit the space,” he said. “You could feel the walls, the grease on the floor, the plates, the people in the room.”

Steve James, an Academy Award-nominated director, said the series was originally supposed to be in four parts, focusing chiefly on the mayoral election, corruption in the city and other recent events such as the trial of former Chicago Police Officer Jason Van Dyke for the killing of Laquan McDonald.

However, following the COVID-19 shutdown in the spring and Black Lives Matter protests during the summer, Steve James said these “unexpected” events needed to be part of the narrative and added a fifth episode to the series.

The nature of the series as a whole is that its filmmakers did not know what they were going to come away with at the end, Steve James said.

“Ten different filmmakers could go out and film during the same period of time that we filmed and come away with 10 completely different films,” he said.

“City So Real” is available to stream on National Geographic and Hulu.