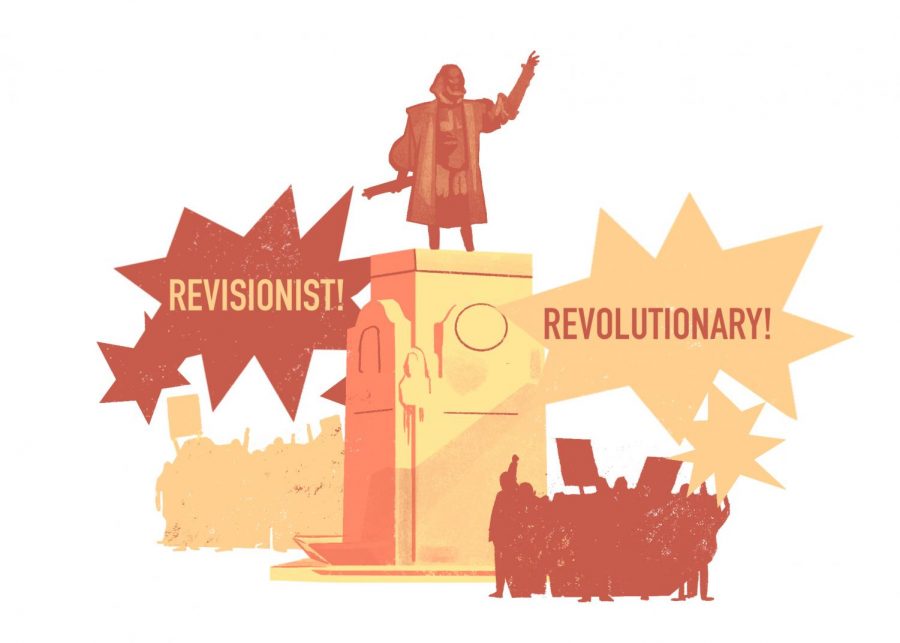 A proposed city ordinance would replace Columbus Day with Indigenous Peoples’ Day in Chicago if passed, a response to honor Indigenous populations who suffered at the hands of Christopher Columbus and early European explorers.

In 2017, similar legislation was passed by the Illinois state legislature and signed into law by then-Gov. Bruce Rauner. That legislation recognized Indigenous Peoples’ Day as a commemorative holiday on the last Monday of September while keeping Columbus Day on the second Monday of October.

However, the ordinance proposed in the Chicago City Council would replace the official Columbus Day holiday with Indigenous Peoples’ Day, rather than simply offering an alternative.

“We want to eliminate Columbus Day because there is a lot of power in what we honor,” said Ald. Rossana Rodríguez Sánchez (33rd Ward),who is co-sponsoring the proposed ordinance along with Ald. Carlos Ramirez-Rosa (35th Ward). “It is really painful that we would still be honoring Columbus and completely ignoring the Indigenous populations that were affected by [his] arrival.”

The ordinance was sent to the Health and Human Relations committee where a hearing will be held for interested citizens to speak about the topic and the need for the proposed change.

If the committee votes in favor of the ordinance, it will move to the City Council for a full vote. If the ordinance passes, it changes every calendar in the city, Rodríguez Sánchez said.

“When you get that day off, you’re not getting Columbus Day off. You’re getting Indigenous Peoples’ Day off,” Rodríguez Sánchez said.

“It’s not about a total erasure of Columbus or Italian Americans or their contributions to society,” Pappan said. “It’s an important part of history, no doubt. But that’s always been one-sided.”

The indigenous populations of Puerto Rico, Jamaica, Trinidad, the Republic of Haiti, the Dominican Republic, the Bahamas, Cuba, Venezuela and Central America are included in the ordinance as communities that have not recuperated from the colonization at the hands of Columbus and early European explorers.

“It was important to me that the language that was in that ordinance came from the people who had been the most impacted,” Rodríguez Sánchez said.

“In many ways, unfortunately, Chicago follows trends of justice in other places rather than leading on them,” said Ald. Daniel La Spata (1st Ward). “I think that we’re trying right now to turn around on that reputation.”

Not all Chicagoans are in favor of the ordinance, though, as some people see the abolishing of Columbus Day as being revisionist.

“Why would you want to celebrate Indigenous Peoples’ Day and confiscate … Columbus Day?” said Louis Rago, president of the Italian American Human Relations Foundation of Chicago. “If we want to celebrate the accomplishments and the culture of the indigenous people—whether they’re from South America or North America—I’m all for it.”

For Rago, the celebration of Columbus Day is about Columbus’ accomplishment of discovering America.

But La Spata, also an Italian American, said while Italian heritage is something to celebrate, it does not have to be celebrated through Columbus.

For La Spata, celebrating Columbus day hurts those “who feel like they’ve been made invisible” by the celebration. It also hurts Italians because it places them in a position of being ignorant of where they come from.

“There’s a lot of history that needs to be revisited. History has been told by the powerful and those who have used history to advance their power. We did that with Columbus,” La Spata said.

For Fawn Pochel, education coordinator at the American Indian Center, the abolishment and replacement of Columbus Day helps people better understand that history is not concrete. History does not have to be viewed and honored from a “white-male perspective,” but instead should reflect a “modern-day lens of perspectives from diverse groups.”

For Rodríguez Sánchez, the lives and pain of indigenous people in the past cannot be taken back. The least that can be done is to honor them.

“As a Puerto Rican woman who has indigenous roots and has slave roots, my identity—who I am, has been built on pain. I carry that with me, and I’m proud of who I am,” Rodríguez Sánchez said. “We are the children of rape and slavery, and we can celebrate who we are at this moment.”