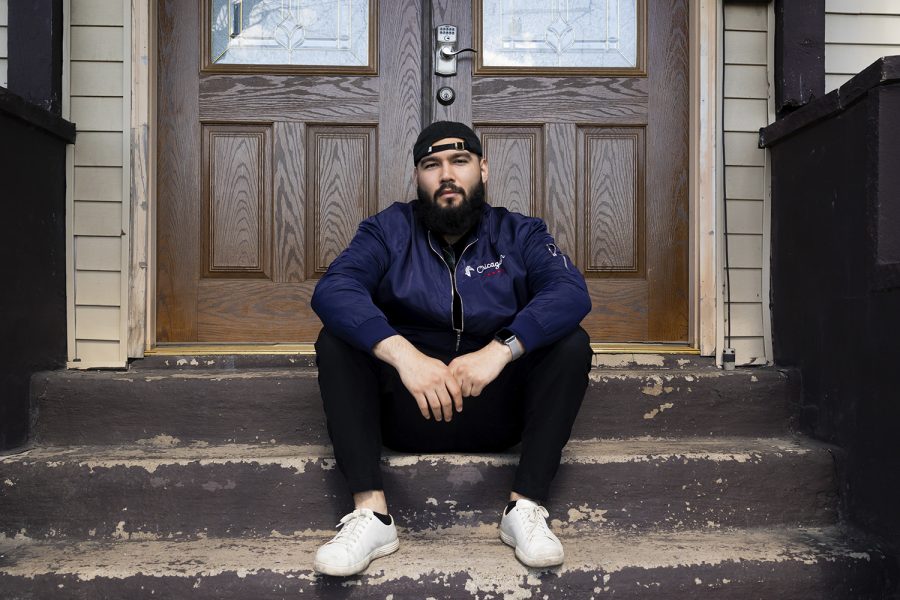 Oscar Sanchez, a Hegewisch resident, works with youth in order to promote change for Chicago residents.

Building stronger communities, taking on environmental racism and confronting police abuse can be taxing on a young person. Doing it all without feeling burned out was one of the topics discussed at “Youth Leading Change,” the first Chicago Neighborhood series of 2021 hosted by the Chicago Humanities Festival.

Panelists for the April 15 event included youth organizers Taty Chante, Damayanti Wallace and Oscar Sanchez. They each spoke about their organizations, mutual aid and the society they envision once systemic, concrete change is made nationwide.

The Chicago Neighborhood series was created in 2020 by Ira S. Murfin, the program manager for Neighborhood Partnerships at the Chicago Humanities Festival, with the goal to connect communities online that were separated by the pandemic. Following the death of George Floyd on May 25, the conversation shifted to citywide issues like race, poverty and police violence.

Murfin, also a Mellon and American Council of Learned Societies public fellow, said he joined the Chicago Humanities Festival team to work on expanding its presence in more neighborhoods through building lasting partnerships with local organizations and institutions such as Kennedy King College, the Mellon Foundation and the Center for the Study of Race, Politics and Culture at the University of Chicago, to name a few.

“It’s always been young people who have been at the forefront of major social movements and social change,” Murfin said. “I think in this past year … that’s been almost even more true because young people have felt safer … than their elders, being outside and in groups of people.”

Wallace is the co-founder of GoodKids MadCity, an Englewood-based organization focusing on youth engagement and community service.

“Starting [activism] so young gives you that important, eye-opening perspective because you don’t have the pressures of the world yet,” Wallace said at the April 15 event. “You aren’t thinking about all these different things that are affecting you, and that was an advantage that I had and the other founders of GoodKids MadCity had.”

Wallace said she and others at GoodKids MadCity cope with activism burnout by trying to love everyone around them and by creating a safe space in one’s own body, even when it feels as if nothing is changing in society.

Chante is the mutual aid program coordinator at Brave Space Alliance and founding member and co-secretary of the Chicago Black Drag Council and has been an activist since they were 8 years old.

In envisioning a future for the U.S., Chante said they wish for a world where difference is respected and people genuinely care about others, instead of searching for personal gain.

“It’s not going to be easy,” Chante said during the panel. “There is no easy way to talk about gun violence, [abolition, racism or transphobia].”

The panelists also shared remarks about their well-being following the fatal police shooting of 13-year-old Little Village resident Adam Toledo on March 29. The video footage of the shooting was released on the same day as this event. Panelists said they refuse to watch the video because they “know what happened.”

“There’s no need to watch that violence,” Wallace said.”Instead of the hashtags and posting a black square and doing all these things that [are] performative social media, people need to be donating, they need to be figuring out how can we help the people on the ground.”

Sanchez is the co-founder of the Southeast Youth Alliance and the Southeast Response Collective, an organization that provides mutual aid to Southeast Side community members. Sanchez also works as a youth and crime prevention coordinator for the Alliance of the Southeast, developing programs for 12- to 19-year-olds to hone leadership skills and develop solutions.

Sanchez was also one of the leading organizers and participants in the 30-day hunger strike in protest of General Iron’s relocation to the Southeast Side, as reported by the Chronicle on March 12.

Sanchez said he works with youth to learn what they want to see change in their own communities and schools.

“When we distribute knowledge to youth it’s about having them [become] better than how we were,” Sanchez said. “If we are trying to create real change for the future, it’s about doing that now to create that foundation … so our future is set when all these organizers are gone.”

The event is available to view on the Chicago Humanities Festival YouTube.