Chicago outdoes its-elf for the holidays 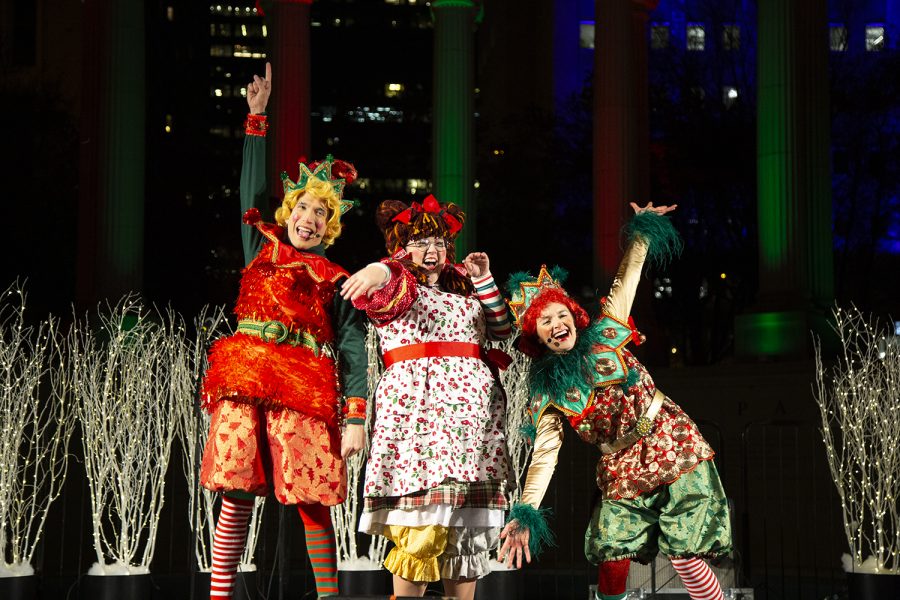 The Chicago holiday tradition continues with the 106th Annual Christmas Tree Lighting Ceremony, hosted by Brittney and Jarrett Payton, children of former Chicago Bears running back Walter Payton. This year’s tree was donated by the Gene and Connie Nelson family from Elgin. The Nelsons donated the 46-year-old tree, which was the backdrop for many family photos over the years, according to the Chicago Tribune. Their tree was chosen from 40 submissions, according to the Department of Cultural Affairs and Special Events.

“The holidays remind us that we must be good neighbors to each other,” said Mayor Lori Lightfoot in an opening address prior to the ceremony’s start. “We must be each other’s business. We need to stand shoulder to shoulder, not just during the holiday season but every season.”

Lightfoot, Mr. and Mrs. Claus, the Nelson family, and the Paytons all collectively gathered on stage to flip the switch to light the tree—which was then followed by a fireworks show.

Attendees wrapped up the night by taking photos with loved ones in front of the illuminated tree, while others enjoyed ice skating in the McCormick Tribune Plaza & Ice Rink, 1 N. Michigan Ave.