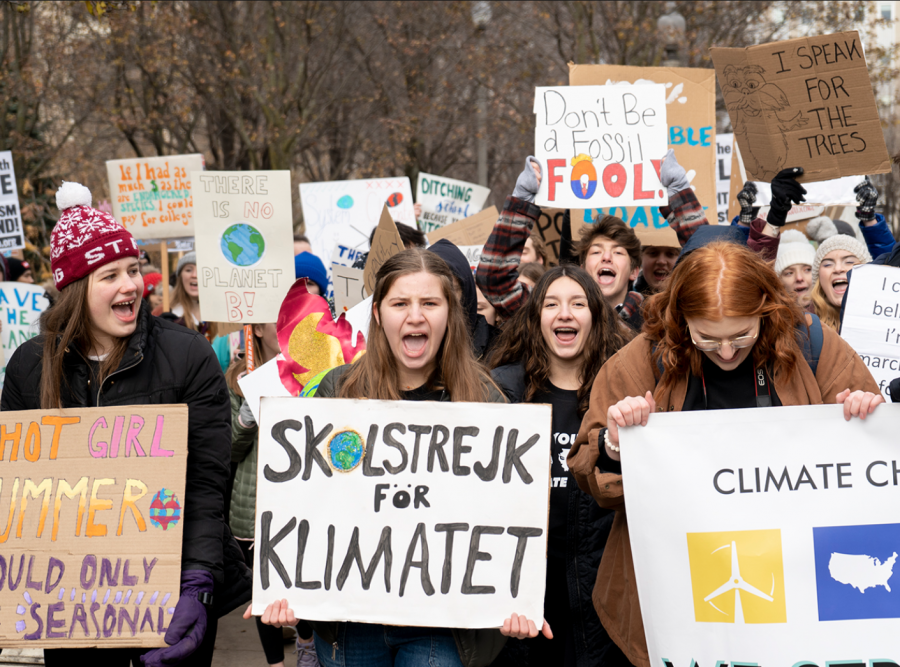 After public testimony from local climate activists, the Chicago City Council voted unanimously to declare a state of “climate emergency.” The decision caused protestors and activists, who felt the declaration did not go far enough, to erupt, shouting over City Council proceedings before being removed from the chambers and continuing their chants in the hallway.

The activists from Slaughter Free Chicago, Animal Rebellion Chicago and Free From Harm were booed by other meeting attendees and were escorted out of council chambers by law enforcement moments after the vote.

“They haven’t done anything except declare a symbolic declaration,” Grillo said.

In order to create substantial change, Grillo said city officials need to implement a plan to transition to a plant-based food system, cut ties with and divest from animal agriculture interests and close slaughterhouses in the city.

Frustrated with the City Council’s lack of action, Catrina Roberts, a member of Slaughter Free Chicago, said they will continue promoting action to combat the climate crisis.

“Chicago, by the way, is in one of America’s most severe heat zones. According to scientists from the University of Michigan, Chicago will experience more severe heat-waves like … the one that happened in 1995, where 700 people died due to heat exhaustion,” Cardenas said. “It’s real; it’s happening to a lot of cities. Our world is going to change as we know it … our choices matter, especially the mental choices.”

Cardenas said with the City Council’s declaration, Chicago joins more than 1,300 jurisdictions, countries and cities in 27 countries who have “sounded the alarm,” including the nations of Wales, Scotland, Ireland and France and the cities of New York and Los Angeles, to name a few.

Along with the declaration, the resolution calls for the “initiation of [an] emergency climate mobilization effort,” which Ald. Matthew Martin (47th Ward), who also co-sponsored the resolution, said could include a number of ways to combat climatic change.

“We’ve got about a half dozen things that we should be able to move on pretty quickly when it comes to the next steps in response to declaring a climate emergency,” Martin said. “One is going to be taking a really hard look at our recycling program, as well as looking at what we can do from a composting standpoint, whether it’s just within our particular communities or throughout the broader city.”

But for some, that is not enough.

Grillo, while expressing interest in working with the city to create a plan to combat the climate crisis, said the group is not willing to “beg and plead” for the city’s attention.

“We want to work with the city. But we’re tired of asking,” Grillo said. “We’re demanding to be part of the process. … If they try to keep us outside of this process, we’ll rebel.”