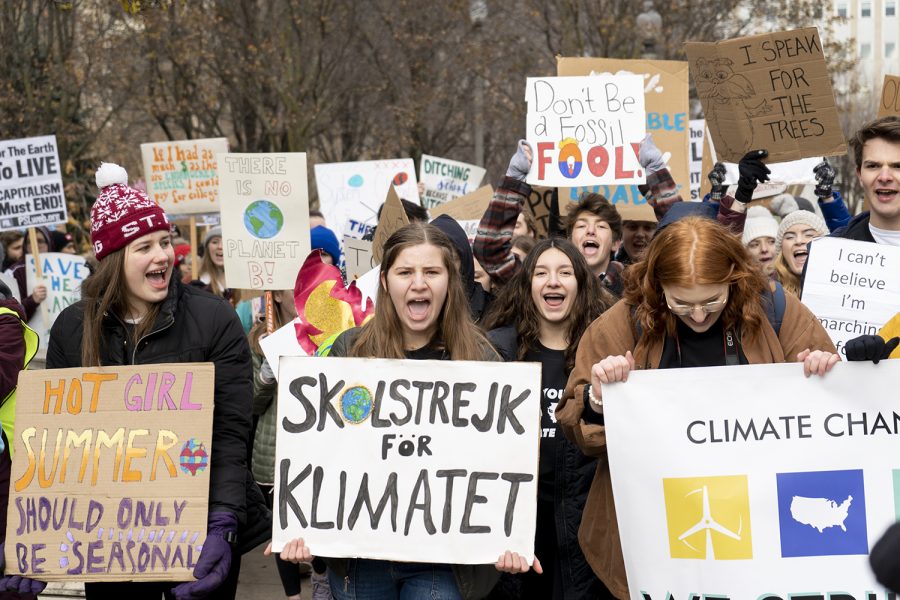 Lower temperatures did not stop Illinois Youth Climate Strike and the Sunrise Movement from organizing what they billed as their final strike in 2019. As world leaders were currently discussing the climate crisis at the United Nations Climate Change Conference COP25, held in Madrid, Chicagoans took to the streets to express their concerns on Friday, Dec. 6.

“We have seen a huge shift in the way climate change is discussed politically,” said Illinois Youth Climate Strike leader Ella Barry during a speech at Federal Plaza, located on South Dearborn Street.

“Eventually everyone will be affected by this crisis. And even if by some miracle you wouldn’t be, there are many others who will, and that should be enough for us to stand up and say, ‘We are not okay with this.’”