Chicago celebrates Juneteenth as a federal holiday for the first time 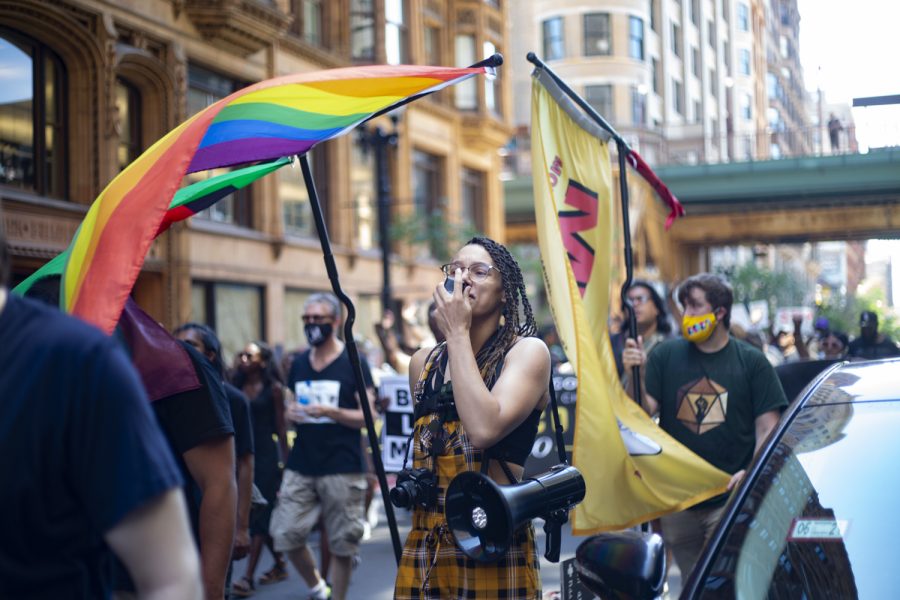 A demonstrator marches with Pride and Juneteenth flags on Dearborn Avenue during the 2021 March for Us rally.

By K'Von Jackson and Valentina Pucarelli

All across the United States, Black Americans rejoiced and celebrated Emancipation Day, more commonly known as “Juneteenth.” This holiday commemorates and highlights when Union soldiers came to Galveston, Texas, to free slaves on June 19, 1865, more than two years after the Emancipation Proclamation went into effect.

Throughout Chicago, many Black residents took to their neighborhoods and the downtown area to celebrate. On Saturday, June 19, marchers gathered near Jones College Prep at 701 S. State St. to kick off the March For Us rally. The March for Us rally highlighted the struggles and setbacks of Americans due to systemic racism and police violence.

Munson spoke on issues that are still prevalent in the Black Community, such as “neighborhood disinvestment, institutionalized racism, inequitable education and healthcare systems and police brutality.”

Munson also spoke on the issues of gun violence in the Black community, in particular surrounding the death of 17-year-old activist Caleb Reed, who was killed in West Rogers Park in July 2020.

“Caleb was killed due to senseless gun violence,” Munson said. “[Last year] Caleb spoke about the importance of ending the school-to-prison pipeline. He advocated for cops to be out of schools while being a young, Black man in these same schools.”

The March for Us rally ended at Daley Plaza, 50 W. Washington St., with live music and artists creating paintings and murals live.

Juneteenth celebrations continued eight miles south in Chicago’s Back of the Yards neighborhood where the Defund CPD campaign held a mutual aid event titled “We Do This Till We Free Us” in the 5100 block of South Loomis Boulevard. Activities included resistance training, food and free supplies for anyone to partake in.