Chicago ‘bears down’ for 100th season, despite losing to Packers 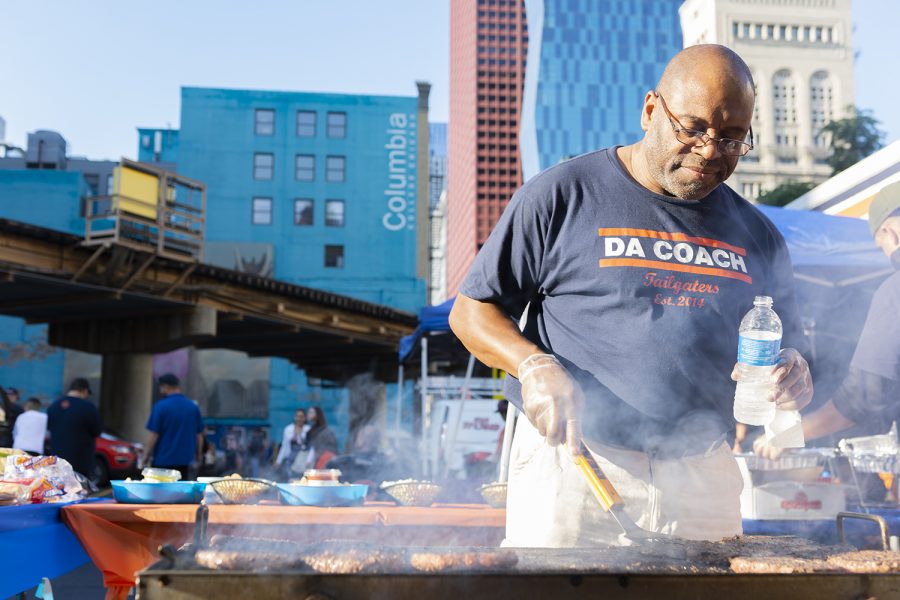 Fans were able to run plays in the training camp, throw long distance passes into the net, play “Madden”—a video game by EA Sports, a division of Electronic Arts—with former Bears players and visit the traveling NFL Museum, which displayed all 53 Super Bowl rings and the Vince Lombardi trophy. The celebration featured performances by Rapsody, Meghan Trainor and Meek Mill. Fans were urged to stay and watch the game at the NFL’s first-ever viewing party.

Even though the first game of the season was a loss for the Bears with the Green Bay Packers taking a 10-3 win, fans were still optimistic about the upcoming season.

“The Bears—it’s like Green Bay in a lot of ways—win or lose, the fans are going to be there for them,” said Sandra Edwards, a Woodlawn resident. “For the most part, the city is always behind them.”

Season ticket holders Sandy and Jim Frederick said despite a tough game schedule, they think the Bears can still triumph this season.

“We always say, when we have dismal seasons, we go, ‘Man it’s tough to be a Bears fan,’ but then we always think, ‘At least we’re not [Detroit Lions] fans,” Jim Frederick said.

At the celebration, Bears legends including running back Matt Forte and cornerback Charles Tillman signed autographs for eager fans.

Summit resident Ozzie Leyva patiently waited in line for an autograph from Forte for his father’s 50th birthday.

Leyva said he is looking forward to seeing a dominant season from the Bears.

“I’m here for a great narrative. [There have] been plenty of seasons where we’ve had one missing piece that makes the whole thing fall apart,” Leyva said. “While I’m a south sider and a [White] Sox fan, I know how the Cubs feel with being good but just never good enough, but I’m hoping to witness that this year.”

Joliet resident Rico Cervantes said he is remaining loyal to the Bears.

“It’s been a rough 33 years since the last Super Bowl but …Chicago Bears stand for prestige in the NFL and we’re here to continue that legacy,” Cervantes said.

Former Bears linebacker Lance Briggs spoke with fans at Grant Park about his thoughts on the upcoming season.

“This defense is just getting started. Give them time to complete what they are trying to do,” Briggs said. “Last year they put together a heck of a year, let them come in and do that again.”

South Bend, Indiana, resident Doug Yocun said he is looking out for all of the new Bears players to shape the team.

“I’m looking forward to the young guys we got. We got a lot of new talent, a lot of fresh legs coming on to the field,” Yocun said. “I’m looking to see what all we could do as a team and what they’re going to be capable of.”