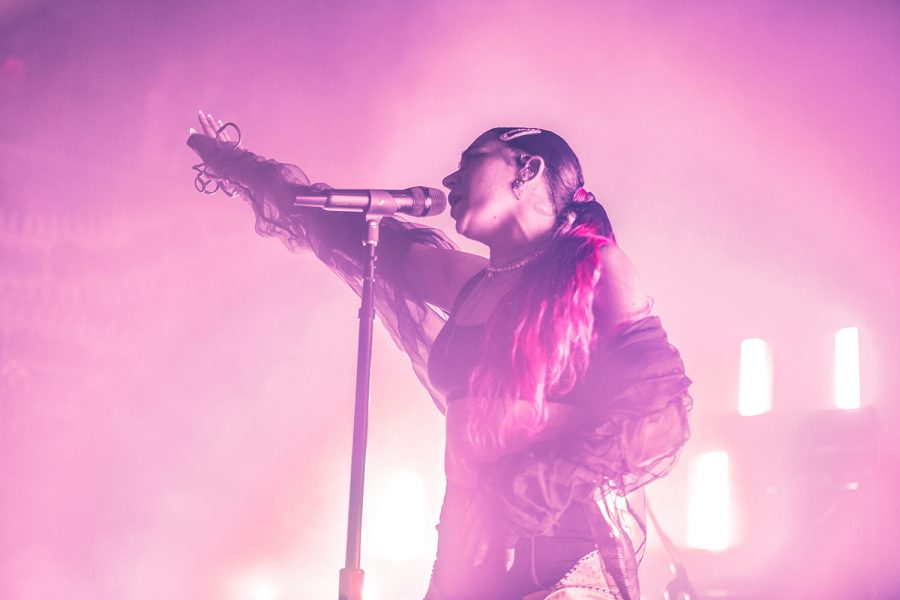 Charli XCX stopped in Chicago Saturday at the House of Blues for her international tour in support of her third studio album “Charli.”

Pop artist Charli XCX brought palpable energy to her sold-out show Saturday at the House of Blues Chicago, 329 N. Dearborn St. The Atlantic Records artist is on tour in support of her third studio album, “Charli.”

Dorian Electra is a singer-songwriter and performance artist from Houston who creates music that redefines gender norms. They performed their latest album “Flamboyant,” joined by dancers onstage.

Allie X, a Canadian pop singer from Toronto with an edgy, electro-pop sound, performed her latest singles “Fresh Laundry” and “Bitch” from her 2017 album “CollXtion II.”

Charli XCX opened her set performing “Next Level Charli,” the first song on her new album, and had the crowd jumping, dancing and singing along.

She also performed “White Mercedes,” “1999,” “Shake it” and more from the album. Outside of her most recent works, she performed older songs such as “Boom Clap,” her single in the 2014 soundtrack album of “The Fault in Our Stars,” and “Boys,” from 2017.

Charli XCX’s tour will continue across North America and Europe through the end of November.