The Columbia Chronicle • May 27, 2020 • https://columbiachronicle.com/change-in-location-international-students-face-challenges-amid-coronavirus-pandemic 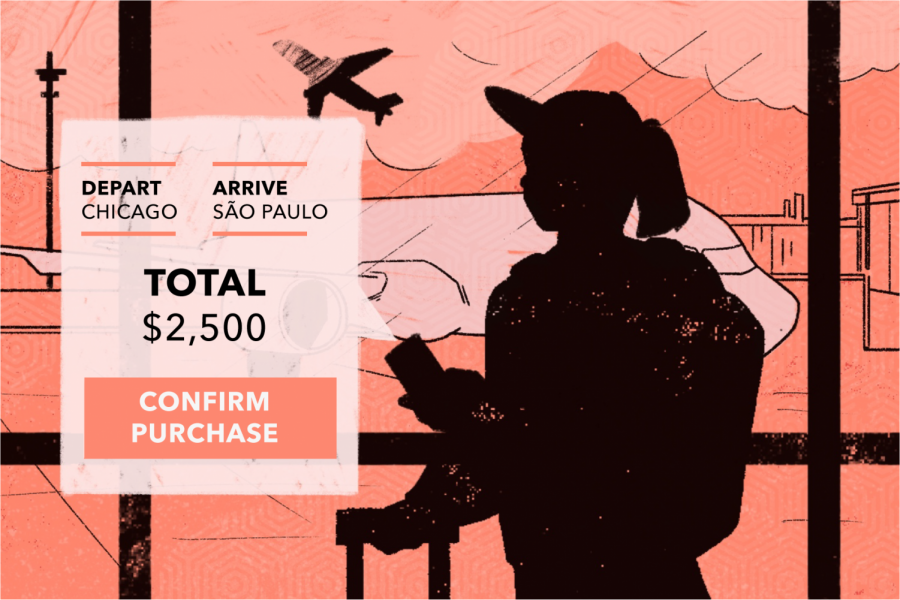 Pablo Aguilar, a junior cinema art and science major and international student from Ecuador, drifted between different housing for more than a month before returning home April 30.

When campus buildings and dorms closed on March 22 at 5 p.m., Aguilar had no choice but to leave his apartment at the University Center, 525 S. State St.

He paid nearly $2,400 to stay at two separate Airbnbs in Chicago and because he could no longer use his meal plan, additional food costs brought his total spending to around $3,900. In addition, once he returned to Ecuador, Aguilar stayed in a hotel for two weeks to self-quarantine, costing him nearly $1,000.

Those who could not return home by the end of March were given the option to apply for a three-day extension through Residence Life, according to Clare Lake, director of International Student and Scholar Services.

Aguilar said he emailed Residence Life and Lake, but was only given suggestions for other places to stay.

Lake estimated around 11% to 15% of the total 330 international students at Columbia returned home following the coronavirus, or COVID-19, campus closure.

However, he said if students did not fill out the voluntary response form, his department does not have the resources to call all 330 students and ask if they are still in the states, nor was it a requirement.

During the semester, Lake said as long as international students were actively participating in online classes they would not violate their visa status, but travel signatures are necessary to re-enter the U.S. and are valid up to one year.

Because campus buildings closed in the middle of the Spring semester, though, Lake said international students could return home and International Student and Scholar Services would ensure an updated signature prior to returning to the U.S.

Guan said it was difficult adjusting to everyone’s schedules and sharing a bathroom and laundry unit, which she originally did not consider. It helped, she said, that her guests pitched in with groceries and other supplies. Two of the three students have since moved out of her apartment.

In the coming weeks, Guan and her current guest will be moving into a new apartment in the South Loop, but to pass time she said they have been shopping, taking walks in the parks and taking pictures of the city for their families back home to assure them that they are alright.

“I actually feel good when I have friends come over to stay with me because I personally am not a stay-at-home person,” Guan said. “It’s been so good that when I need someone by my side, I can talk to [them].”

Júlia Machado D’Aló de Oliveira, a sophomore acting major, purchased a nearly $2,500 round-trip ticket to return to her home in Brazil March 22, but is unsure when she will be able to fly back to Chicago.

At first, Machado D’Aló de Oliveira was hesitant to go home due to the increase of travel bans around the world.

However, once campus building closures were announced, she began the “stressful” process of packing her items in 30 East, 30 E. Balbo Drive.

Machado D’Aló de Oliveira said she wished there could have been more detail and assistance in Lake’s emails about plans for international students, who then had to look for alternate housing, but said she understands the changes were under Residence Life’s jurisdiction.

Lake said he has been sending email updates and summaries as much as possible, but even then, he said he still receives questions from students about information that has already been provided.

One student, Ayako Kanroji, said she appreciates the emails from Lake because they are bullet-pointed and highlighted, making them easier to understand as English is her second language.

Kanroji, a sophomore advertising art direction major and international student from Japan, said returning home after living in the University Center was not as challenging as she thought it would be, even though she spent $1,700 on a plane ticket.

Despite the 14-hour time difference from Chicago, she said most of her assignments could easily be completed on her own time, with optional Zoom calls.

Without the campus’ resources, such as the computer labs, Kanroji had to buy her own external hard drive to hold necessary Adobe files.

Machado D’Aló de Oliveira had applied for reimbursement available through the CARES Act, as reported by the Chronicle April 28. But because she is not a U.S. citizen, she could not file for FASFA and therefore was not eligible for the funding.

She said she realizes it was her decision to study in a different country, but said she is still the college’s “responsibility,” so there should be some assistance for others like her in similar situations.

That money would have been used to go toward the cost of her last-minute flight home, which would not have happened if campus buildings did not close, she said.

“I just feel like it’s very unfair. I know that we are international…and we choose to study in a different country, but we’re still your responsibility,” Machado D’Aló de Oliveira said.