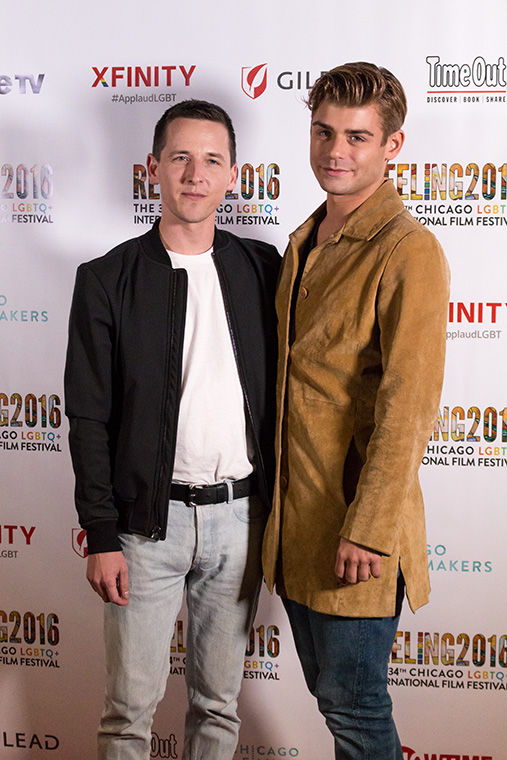 “The biggest thing I needed out of an actor, aside from the look and vibe, was somebody willing to take the risk and be comfortable in simulating gay sex scenes,” Kelly said of Clayton, adding that he was not afraid to commit to the role.

Clayton said the sex scenes were the most challenging and he still cringes watching himself simulate them on screen, but he wanted to break free from his Disney days.

“[Corrigan is a] very layered character I could sink my teeth into, and he gave me everything I was looking for,” Clayton said.

Clayton said playing the part required perseverance and he prepared for the role by researching his character’s life and watching his films, but the two never met.

“A lot of people have too strong of an opinion when it comes to these subjects,” Clayton said. “It is not my job to judge; it is just my job to tell the story.”

Chicagoan Todd Burbank, who attended Reeling’s advanced screening of “King Cobra,” said the acting was strong, but he wished the movie was more intense in its treatment of the subject matter. However, the attraction of big Hollywood names such as Franco and Slater pull people in, he added.

“Names like that draw in people that are not gay and have friends that are and have seen these actors do other movies,” Burbank said.

Brenda Webb, executive director of Chicago Filmmakers and founder of Reeling, said having big actors in an independent films bolsters theirappeal. Because of the movie’s mainstream connection, she said Reeling was curious to show the film, and the story was interesting to the festival’s audience.

“Actors play an important role in getting these more independent films into the mainstream [world],” Webb said.

Webb said Sean Paul Lockhart, on whom the book and film was based and who now acts in independent films, came to Reeling a couple of years ago and it wasinteresting to see “King Cobra” be part of Reeling 2016.

Kelly also expressed Franco’s support of his work and called him a mentor.

“He loves cool, controversial subject matter, and so do I,” Kelly said. “We have connected on that and want to keep rolling with it.”