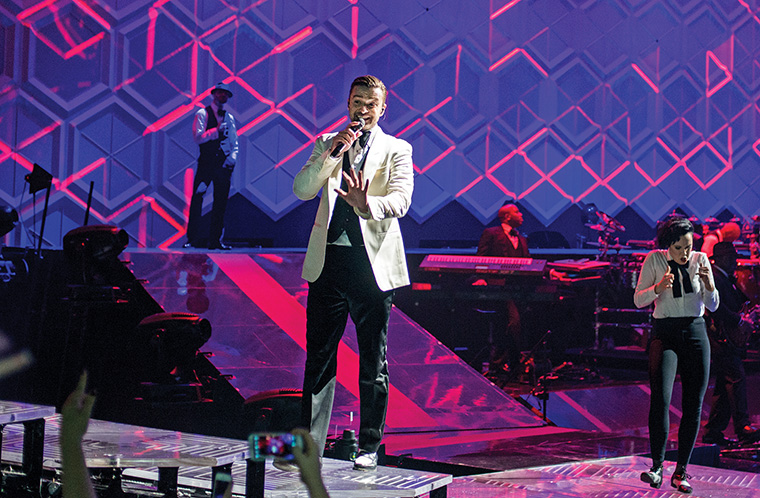 Justin Timberlake hustles across the stage while performing the hit "TKO" off his fourth studio album The 20/20 experience, released in 2013. His white suit and handsomely expressive face drove fans at the United Center on Feb. 16 crazy as he got closer and closer to the crowd.

This Justin Timberlake brought sexy back again during his Feb. 16 and 17 performances at the United Center, 1901 W. Madison St., as part of his first solo tour since 2007. Timberlake brought along his band, The Tennessee Kids, and dazzled the audience with new renditions of vintage JT tracks, such as “Like I Love You,” as well as new tracks sprinkled among covers of classics by Elvis Presley, Michael Jackson and R. Kelly. Complete with lasers, confetti and a massive mobile stage, Timberlake’s show was more than just a 20/20 experience.