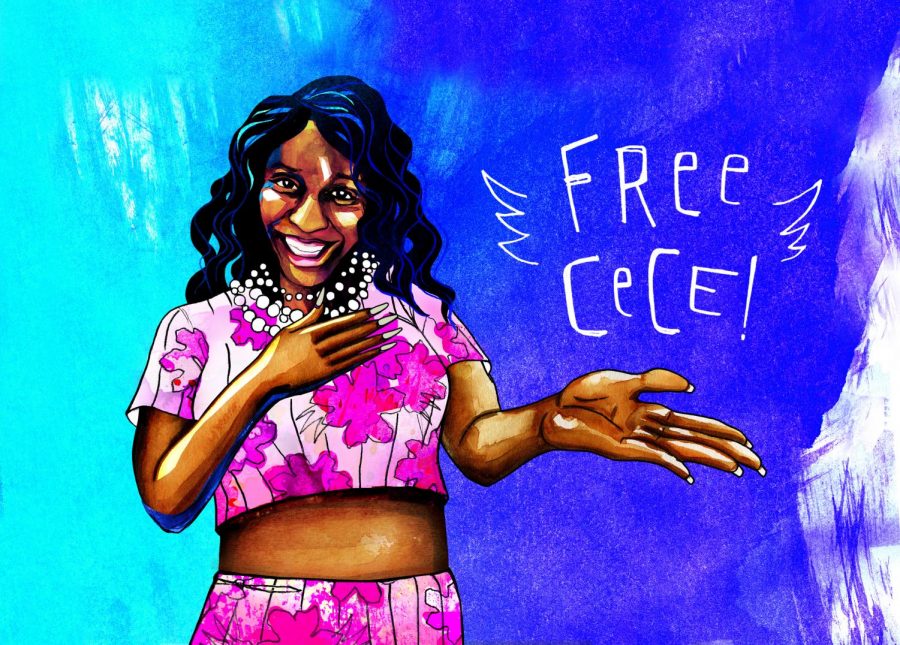 CeCe McDonald, a transgender woman who was placed in a men’s prison after a manslaughter conviction, is the subject of the documentary, “FREE CeCe!”

The new documentary “FREE CeCe!” will make its Chicago debut Nov. 5  as part of the third annual TransReelization event benefitting Chicago House, an organization that assists members of the LGBT community with housing and job placement.

The film, which will be shown at the Music Box Theatre, 3733 N. Southport Ave., follows the story of CeCe McDonald, a black transgender woman who served 19 months of a 41-month sentence in a men’s prison. McDonald was convicted of second-degree manslaughter in 2012 for killing a man who attacked her because of her race and gender.

McDonald was released Jan. 13, 2014, and has since become a prominent transgender activist and advocate.

Jacqueline Gares, director and producer of the film, said “FREE CeCe!” was originally a segment for “In the Life,” an LGBT history program, to highlight the violence transgender women of color face. The segment evolved into a feature film following the show’s cancellation in 2012, she added.

“Orange is the New Black” star Laverne Cox was executive producer and spearheaded the original “In the Life” segment.

“[Cox] spoke from a personal place,” Gares said. “She had been affected by violence and harassment herself, and she wanted to take on a story that would talk about this.”

Despite Cox’s involvement, Gares said the producers were careful to keep McDonald at the forefront of the story, something taken into account especially during editing because they cut some interviews that were not relevant to McDonald’s journey.

“It helps people talk about some of the violence they’ve experienced in a way that promotes self and community healing,” Gares said.

Netflix will present this year’s TransReelization event, and film director Lana Wachowski of “The Matrix” and “Sense8” fame will host. She has been involved with the event since its first year.

TransReelization took place at Wachowski’s movie studio, KinoWerks in Andersonville for the first two years but has grown enough to require the Music Box’s 750-person capacity, according to Anthony DiFiore, corporate  development at Chicago House.

“People finally [want] to hear about the transgender story and to understand it,” DiFiore said.

DiFiore said the ideal audience for TransReelization is a mix of LGBT and straight people who can share experiences. He added that the proceeds will go toward expanding Chicago House’s reach.

“You’re at risk [just] by being a person in that case,” Luxe said.

McDonald, who will attend TransReelization, stands as an example to other transgender people of recovery and looking toward the future after facing adversity, Gares said.

“Coming together and being in community can lead to all kinds of things,” Gares said. “It can be a powerful moment if people are engaging with a powerful film.”