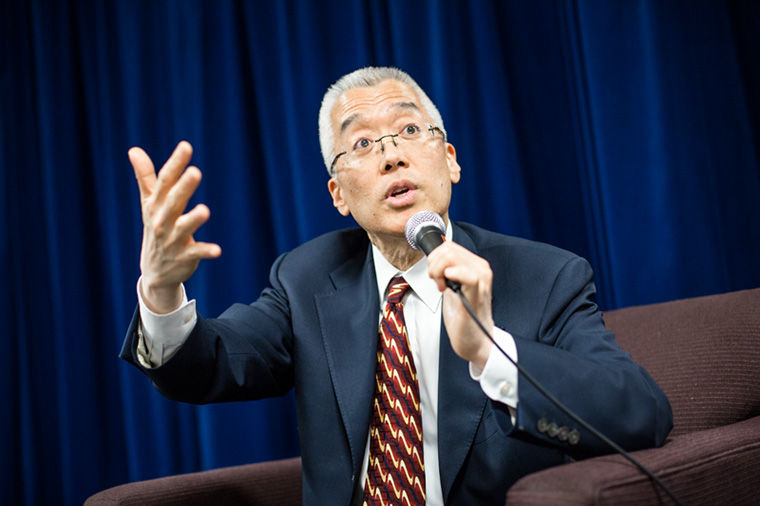 Illinois’ legislature announced April 22 that state funding would be allocated for higher education, but it is still unclear whether the money budgeted for Monetary Award Program funding could affect Columbia.

President and CEO Kwang-Wu Kim announced at an April 26 Student Government Association meeting that the college expects to receive approximately half of what it had planned.

As reported April 4 by The Chronicle, Columbia funded MAP grants for the 2015–2016 academic year for students who have not received them because of the state budget impasse.

“It helps, [but] it still leaves us in the hole,” Kim said. “We’re still waiting to see if there’s any other [governmental] action.”

As reported April 25 by The Chronicle, Illinois legislature passed S.B. 2059, which approved the release of $600 million to Illinois’ higher education institutions. The funding included approximately $170 million for MAP grants, about half of the typical MAP funding amount of previous years.

At the forum, Kim praised SGA members who traveled to Springfield, Illinois, on April 20 to participate in National Lobby Day, lobbying for increased MAP grant funding.

Erika Kooda, a junior business & entrepreneurship and radio double major, participated in National Lobby Day as SGA’s vice president of communications. She traveled with four other members of SGA’s executive board and David Keys, SGA adviser and coordinator of Student Leadership.

“It makes me feel like we [are going] the right way to have that impact,” Kooda said.

Kooda said SGA’s strategy for lobbying state senators and representatives was to identify government officials who voted on MAP grant bills in the past.

“We [tried] to pull people that had said nay and [find] out how they were going to vote,” Kooda said. “It was basically debating why we need the money to go to higher education.”

“Some representatives would throw back in our face that just [because] we are going to a private school, we are privileged [students],” Kooda said.

“Columbia College Chicago, like other Illinois higher education institutions, continues to hope and expect that the Illinois legislature will find a solution to the state budget crisis and fully fund MAP for the 2015–2016 [academic] year, and the 2016–2017 [academic] year as well. By continuing to delay, they create continued anxiety and uncertainty for students and families,” Birch said in the statement.

According to an April 28 emailed statement from Carol Hughes, executive director of News and Integrated Content at DePaul University, another private institution, DePaul is unsure how much funding the state’s commitment to the bill will provide for its students.

Hughes said the university has heard its first term payments will be processed, which will amount to a third of what the state owes DePaul students for the 2015–2016 academic year.

Hughes said both DePaul students and students throughout the state will be better off if the legislature can build on and pass a complete budget.

“We remain committed to honoring MAP funding for incoming and transfer students for the fall,” Hughes said. “Given our mission, we also will do as much as we can to maximize our support next fall for students who choose to continue to pursue degrees at DePaul.”

Kooda said she thinks private institutions should be funded because they attract a great number of students to Illinois who increase the state’s revenue over time.

Kooda said she hopes the government can either fully fund MAP grants or offer additional sources of revenue for students if the budget stalemate persists.

“This responsibility should not fall on [Columbia],” Kooda said. “They need to make a decision. We cannot operate without a budget anymore.”