Candidates tackle health care, the environment and the economy in 1st Congressional District 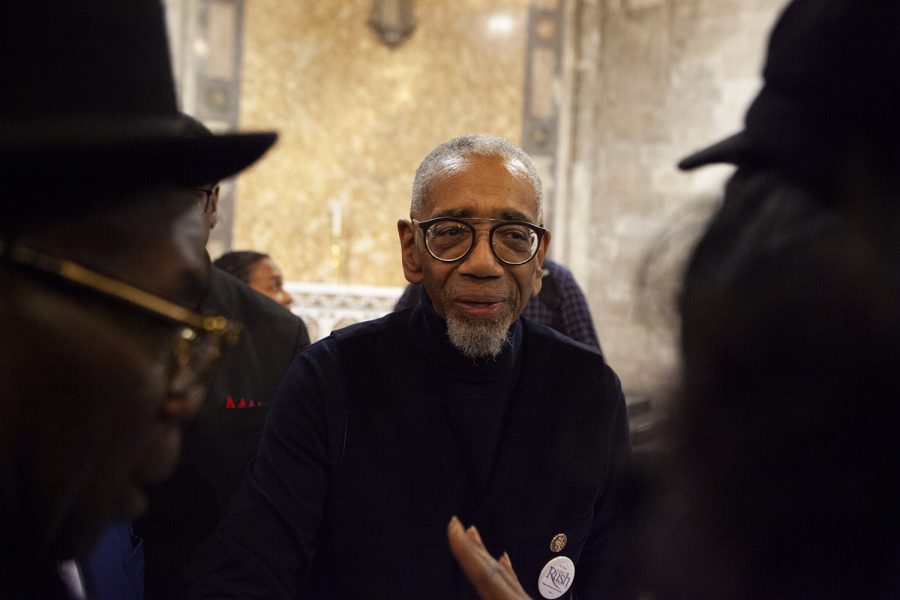 Constituents, including local residents, educators and students, filled seats and crowed around pillars to hear candidates running for Illinois’ 1st Congressional District seat share their stances on the issues close to the district’s heart and wallet.

The event was hosted by Indivisible Chicago-South Side, a local activist organization composed of 23 groups that cover parts of Chicago, as well as the surrounding suburbs.

The fourth challenger, community activist Ameena Nuur Matthews, planned to be at the forum but was absent due to illness.

As with the 2020 race for a Democratic presidential candidate, health care was a major talking point for the candidates, who were asked if they would support the “Medicare for All” bill.

Rush, 72, expressed his support for the bill and said he has supported it since 2005, adding that he believes his Protecting Consumer Access to Generic Drugs bill, or H.R. 1499, will make it easier for people to access commercial pharmaceuticals.

Emmons, 27, was also in support of Medicare for All and said the absence of health care is “one of the biggest issues of our time” that not only hurts the 1st District, but the entire country.

Gad, 32, who has a history with opioid addiction that led to her incarceration, talked about how little health care accessibility she had after prison and said it should be a human right. But, she also said Medicare for All does not account for other issues within the health care industry, such as billing practices or a single-payer health care system.

Another piece of legislation debated by the liberal and moderates sides of the Democratic Party is the Green New Deal, a proposed non-binding resolution that lays out a grand plan for climate change, as defined by the New York Times.

Though Rush did not comment on whether he supported the Green New Deal, he said his own CLEAN Future Act, which ensures net-zero greenhouse gas emissions by 2050, was more realistic compared to the “pipe dream” that he said was the Green New Deal.

Gad and Emmons voiced overwhelming support for the Green New Deal, with Emmons—who was endorsed by the Sunrise Movement Chicago, a youth environmental activism group—criticizing Rush for taking money from the fossil fuel industry.

However, Gad was not as quick to condemn Rush on his environmental record, pointing to Rush’s position on the Energy and Commerce Committee, but said she is “not sure why there haven’t been more affirmative steps taken to reduce toxic air pollution in the 1st Congressional District.”

If elected, Gad said she would invest in public transportation and ban factory farms to help reduce air pollutants and other environmental hazards.

Candidates were also asked about the possibility of a universal basic income—a guaranteed annual stipend that would, in theory, alleviate economic stress in areas of poverty—a concept that is centerstage for 2020 presidential candidate Andrew Yang.

Rush said he needed to further investigate the concept but does “support its principles,” while Emmons said he supports the concept of universal basic income and how it attempts to solve the problem of poverty.

Emmons, however, does not think it will benefit individuals who already suffer from poverty because there is the possibility it would eliminate funding for programs and services as those dollars would be needed to pay for the stipend.

Meanwhile, Gad said it is “absolutely necessary to improve the quality of life.”

With a significant population of college-aged students in the district, as well as being the location of prominent higher education institutions such as the University of Chicago, Illinois Institute of Technology and Chicago State University, the candidates spoke to the issue of student loan debt.

In an interview following the forum, Emmons said he was in favor of eliminating the full $1.6 trillion student loan debt across the country and said Congress is “missing a key voice” from young people who can identify with these issues.

Gad, also in a post-forum interview, said she is a “proponent of canceling student debt” and said the student loan crisis impacts other critical concerns such as economic sustainability and mental health.

Rush did not address the student debt issue specifically when asked about it during and interview. He did, however, reassure constituents that he is “doing the work that a congressman who’s concerned about all these [issues]” should be doing.