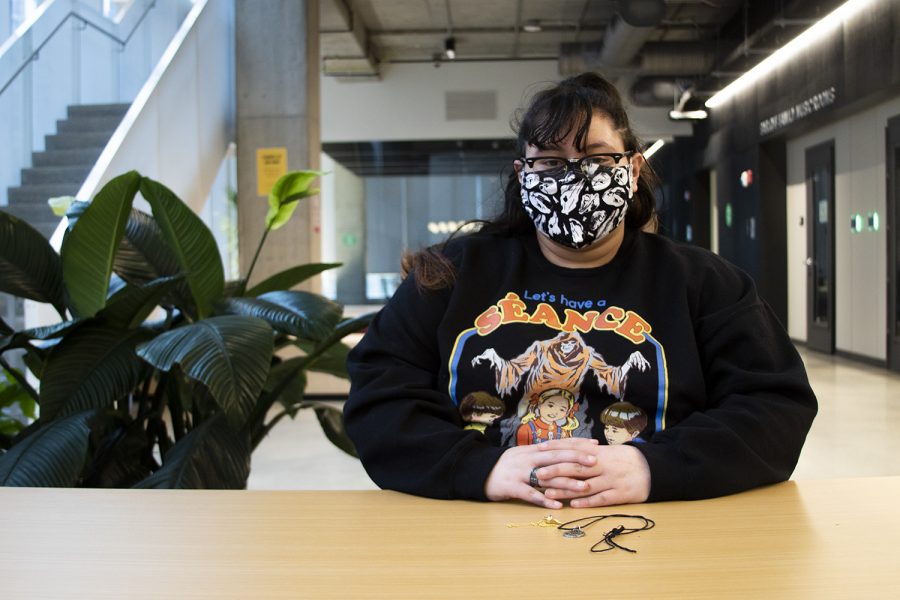 El Concepcion utilizes amulets and necklaces as a part of their practice in witchcraft.

When Alex Kropp started at Columbia, they noticed a lack of space for witches on campus. To change that, Kropp, a sophomore filmmaking major, set out to create a club on campus to both educate people and encourage them to practice their craft.

Kropp began posting on the Columbia app at the beginning of the Spring 2020 semester and asking if there were any other witches at Columbia who would be interested in starting a club. The post quickly received interest from multiple students, and Call of the Cauldron was formed soon after.

“Call of the Cauldron helped me a lot because a lot of the other officers, in my opinion, [are] more advanced than me,” said El Concepcion, a sophomore filmmaking major. “I’ve learned a lot from them, and I really appreciate [what they have taught me].”

The club, which currently has 25 members, is meant to be a safe space for witches to talk to one another and share their knowledge about witchcraft. The club meetings are held over Zoom every other week, and officers in the organization lead meetings with pre-prepared topics that range from things members have learned through research, to their own personal experiences with magic.

The club aims to fight against false stereotypes associated with witches, and Concepcion said there are many stereotypes that stem from movies such as “The Wizard of Oz” or “Hocus Pocus,” which portray witches in a negative light.

“It’s not what people think it is,” Concepcion said. “It’s not worshiping the devil. It’s not … [flying] on broomsticks. We’re not green.”

“[The biggest misconception is] that every witch worships the devil, which is not true, because not everyone believes in the devil,” Ramirez said.

The club works to share knowledge about witchcraft in order to dispel stereotypes, emphasizing that witchcraft is an earth based practice that utilizes the natural world, such as the elements, in its practice.

In the present day, witches have a multitude of potential paths to follow, and there are ways to practice witchcraft without appropriating cultural practices. Many witches utilize tools such as herbs, candles, crystals and tarot cards in their practice.

“I would describe modern witchcraft as going back to the original roots in a way that incorporates modern technology,” Ramirez said.

Ramirez said technology can make witchcraft easier, as now witches can drive to the store to pick up specific herbs or plants they need.

Witchcraft can include rituals and spell work, or it can be something smaller. Concepcion currently uses simpler witchcraft, such as writing sigils, which are symbols of a person’s desired outcome, on things that they own.

Despite the inaccuracy of many shows and movies surrounding witchcraft, many witches such as Concepcion, learned about witchcraft through these shows.

“The most accurate depiction of witchcraft that I’ve seen lately would have to be ‘The Craft’ series,” Concepcion said. “There’s special effects, and they fluff it up because it’s a movie, but the rituals that they go into in both of those films are pretty realistic.”

The organization has hosted a few different events where they give out goody bags, and it holds online tarot card talks for people who want to learn more about the club or different elements of witchcraft.

The best place to start for anyone interested in witchcraft, Kropp said, is to talk to others who practice witchcraft.

The club can be found on EngageColumbia, where members also post about events they are hosting.

“Don’t be scared,” Concepcion said. “I promise we don’t bite; we’re not scary people. We just want to practice our craft.”