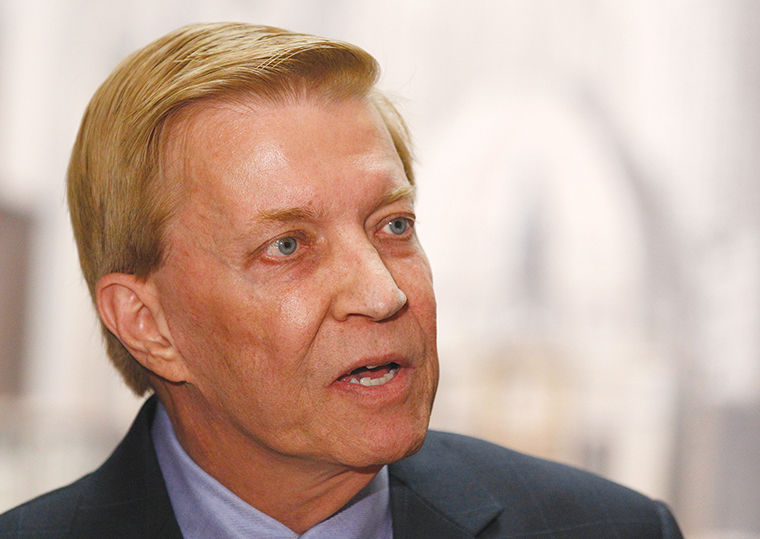 Alderman Bob Fioretti (2nd Ward) made a formal public announcement at East-West University Sept. 13 that he will be running for mayor  of Chicago in February 2015.

If elected, Fioretti said his main focus will be education reform, improving the fostering local economy and creating jobs.

“This administration doesn’t seem to get it,” Fioretti said. “Their priorities to the economy haven’t just failed us. They’re upside down. They’re pushing forward building luxury facilities on the public dime. [They are] cutting health care benefits and pensions from retirees.”

Fioretti said he will advocate raising the minimum wage in Chicago and in Illinois to $15 per hour. However, he said employees will only be eligible if they work for a company that earns at least $50 million per year.

“That wage will empower workers so they can put money back into their communities, boost their local economies and create jobs,” Fioretti said. “It is a wage that will give people respect and will help so many people in this city get a

Fioretti also proposed a 1 percent commuter tax increase that would bring more than $300 million into the city’s annual budget.

“During the work week, over 600,000 people come from the suburbs by train or car into the city,” Fioretti said. “They rely on our streets, our police, our firefighters and other city services. As mayor, I will work so that we are all paid our fair share for the services

By building a middle-out economy rather than a top-down economy, Fioretti said education will now be more accessible to the children of Chicago, thus providing better jobs in the long run.

“Great jobs are born in great schools,” Fioretti said. “Today, we have over 50 school buildings standing empty across the South and West sides, and yes, we have seen some declining population, but these closings have left over 30,000 people and 30,000 students without their neighborhoods’ schools.”

Fioretti said he would listen to Chicago Public School teachers and give them the tools they need to do their jobs correctly by making class sizes smaller and opposing any further closings like the school closures in summer 2013.

He said “overwhelming” school closures on the South and West sides have predominantly affected minorities and he acknowledged that community members were ignored when they tried to speak.

Fioretti said his plan is to prepare students for college and jobs while making the streets safer so children can walk to school without fear.

Noting that during the last may- oral campaign, Chicagoans were promised that the city would hire 1,000 new police officers, but it has not happened. Fioretti pointed out that there are fewer officers pa- trolling the streets now than when Mayor Emanuel took office in 2011.

Fioretti said the lack of police officers has contributed to higher crime and homicide rates, leaving many families grieving.

Fioretti said as mayor he would find the money and make it his top priority to hire new officers and make streets safer.

“I will not rest until we make sure every child and every family in our great city feels safe in their streets and in their homes,” Fioretti said.

Supporters filled the gym of East- West University Sept. 13, eager for change from the mayoral candidate.

Washington said Fioretti has been mentoring him for many years and is the main reason he is inter- ested in politics, which is why he is now running as the next the 24th ward alderman.

“Fioretti knows the streets of Chicago,” Tom McMahon, a re- tired CPD officer, said. “He under- stands the dynamics of what’s go- ing on in Chicago. He understands the school situation. This guy has done a great job as the alderman of the 2nd Ward. He has done a great job for his constituents. Can you only imagine what he is going to do for the city of Chicago?”