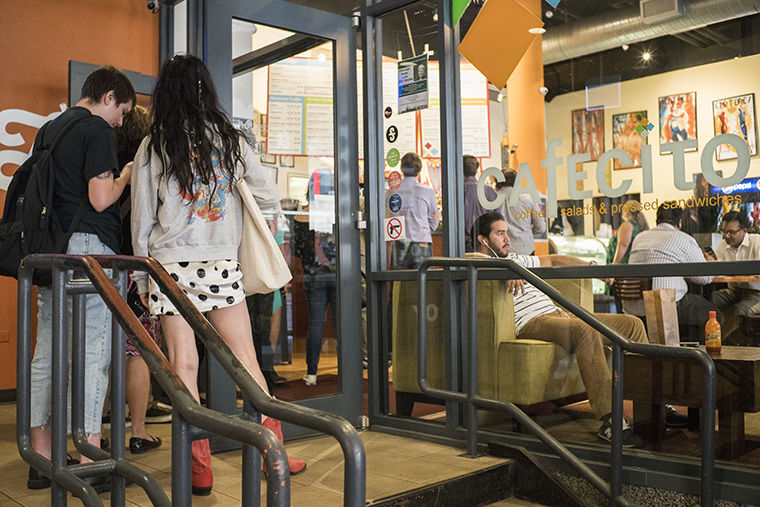 “The Cubano is a classic,” said Cafécito customer Abel Seiken as she bit into the signature dish.

After opening in 2008, Cafécito has since expanded from the 26 E. Congress Parkway location to include another in the Loop, 7 N. Wells St.

A new third location is set to open in Streeterville, 215 E. Chestnut St., and will allow a new neighborhood to try the cafe’s signature Latin American dishes and Cuban coffee. While no official date has been announced, owner and founder Philip Ghantous said the plan is to open mid-October.

“I opened up [the first Cafécito] location on Congress not having any idea the great response [it would receive],” Ghantous said.

Ghantous added that he is working on acquiring a liquor license exclusively for the new location but hopes to keep the prices low.

“The quality with the price point [of Cafécito] is very rare,” Ghantous said, adding that he is trying to cater to the average person, rather than those “who can afford a $20 lunch for one person.”

The Streeterville location will be twice the size of the one on Congress at 2,500 sq. ft., according to Ghantous.

President of the Streeterville Chamber of Commerce Mable Payton said the community is excited about the new addition.

“It is always wonderful to have new businesses in our area,” Payton said.

The South Loop location has been a local success because of its word of mouth popularity among Columbia students, said Mariano Sarrate, a senior audio arts & acoustics major.

Ghantous said he appreciates support from the surrounding colleges and community, though he will not try for a liquor license at the older locations because of potential fake I.D.’s and the smaller spaces.

While most people automatically think of coffee when they think of his restaurants, customers can also expect Latin flavor, music and warm lighting, Ghantous said.

“It’s nice to have people standing on top of each other in line,” he said. “People love being a part of a frenzy.”

“I build my business [by asking people’s names], so we can get to know who people are,” Ghantous said. “When you come back in I can say, ‘Hi, how are you?’ It’s a forgotten art, and I’m trying to keep it alive.”