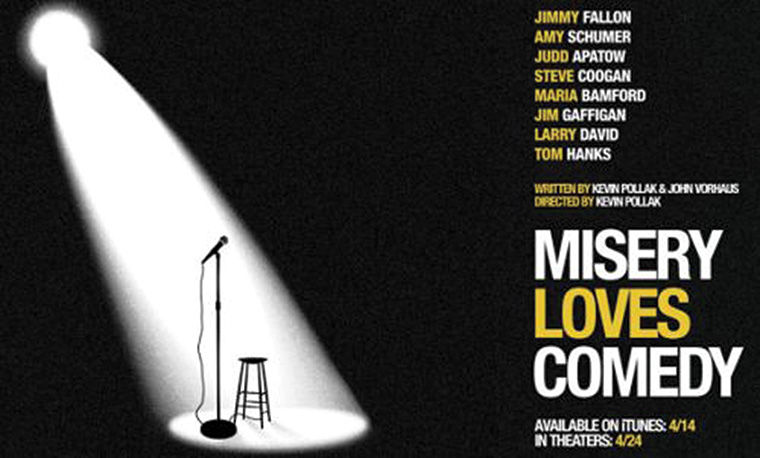 In light of the Robin Williams tragedy, there has been a lot of discussion surrounding the nature of comedians and depression. Williams was the country’s collective class clown and possibly its most damaged. In Kevin Pollak’s (“The Usual Suspects,” “Casino”) documentary “Misery Loves Comedy,” the question surrounding pain and comedy is explored. From Tom Hanks to Amy Schumer and Larry David, the documentary presents a wide scope of talent but still lacks diversity.

Pollak asks interviewees about what it means to be a comedian. Starting with their childhood and working through their careers, the film culminates with the question: Does comedy require misery? Through anecdotes and tales of success and failure, Pollak paints the picture of the American comedian in broad strokes.

The film follows the traditional doc format. Pollak attempts to keep his voice out of the film as much as possible, but it still manages to occasionally appear. Without it being said, it is clear that Pollak is good friends with many of his interviewees.

Pollak brings in screen actors and discusses movies, but the focus keeps returning to stand-up comedy—a mic, a stage and a live audience. The film could have been stronger had it exclusively focused on the art of stand-up as opposed to the comedy business as a whole. Those moments discussing the adrenalin, fear and the wide range of pure emotions involved with stand-up were the film’s strongest.

The self-destructive nature of artists like Williams is a theme throughout. Several family members of deceased comics, such as Freddie Prinze, discuss the lifestyles that drove their loved ones to the grave and oftentimes cite depression. The addition of these family members contextualizes the pain and suffering many Americans see only as a spectacle.

Despite touching on some darker points, a film about comedians should be funny, and “Misery” is no exception. The personalities in front of the camera joke with ease, and some of their stories are genuinely funny. It gives the film a playful tone, which allows the more profound moments to hit harder.

Pollak pulls interviews from his close circle of friends and creates a boys’ club of artists who all seem to act like they are in the same clique. Although this allows for intimacy, it does not depict the full rang of American comedians—there are 48 men and only seven women. Of those, only two are non-white. It highlights some of the real issues facing women and minorities trying to make it in comedy—it can very much be an old white dude’s club. This lack of diversity also causes the stories to feel redundant and prevents the voicing of other perspectives.

The film never professes to answer its core question, but it seems Pollak has made up his mind. The comedians give varying views on the matter, with a consensus that talent must be birthed from suffering. By ending on this note, the film suggests the answer is clear—comedy is married to tragedy.