‘See you in court,’ Hollywood 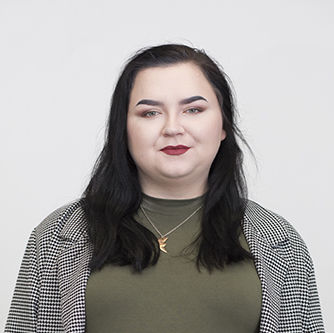 In an accidental stroke of genius, President Donald Trump posted his best tweet thus far Feb. 9 in response to three federal judges in the 9th Circuit Court who refused to restore his travel ban on seven Muslim-majority countries.

The Donald tweeted, “SEE YOU IN COURT, THE SECURITY OF OUR NATION IS AT STAKE!” Social media users were quick to point out the complete capitalization and absurdity of the tweet. Senior editor at the New York Times Casey Johnston tweeted in response, “‘oh no, not court’—judges.”

Because Donny is so ready to try to sue the Judicial Branch, it brings to mind some TV shows and movies he might also want to see in court.

For months, Alec Baldwin has been portraying the Pres on “Saturday Night Live” with uncanny accuracy. The Easy D has called out both “SNL” and Baldwin multiple times online, calling it “really bad television!” If it wasn’t legal for media to use likenesses in parodies and dramatizations, the president would definitely be bringing NBC, “SNL” and the entire “terrible” cast to court for hurting his feelings. Maybe he needs to revisit his plan to strengthen those darn libel laws.

Every day under DJ Trumpet brings America closer to being a replica of Panem, the fictional, dystopian version of America in “The Hunger Games.” In the movie—and book—President Snow runs the games in which kids and teens have to kill each other as entertainment for the rich. Snow keeps the poor and rich segregated in different districts, and he poisons his political enemies. The Trumpinator has a bone to pick with the writers of “The Hunger Games” because they stole his ideas for how he was going to run the country and made them into a major motion picture, ruining the surprise.

On the Jan. 18 episode of “Law & Order: Special Victims Unit,” a wealthy owner of a retail empire in his 70s is accused of sexual assault by a bartender in her 20s. He claims that it was consensual in court, but it is later revealed that he tried to teach his grandson a lesson that because they are rich, they can do whatever they want. This story is eerily similar to what Agent Orange said to Billy Bush in the video posted by the Washington Post Oct. 7, 2016, during a conversation the two had on an Access Hollywood bus in 2005. In it, Dr. Tiny Hands claims that because he’s a star, he’s allowed to do anything he wants to women. The assaulter in the show is convicted of rape and sent to prison, so Trumpie probably wants to take Dick Wolf and the “SVU” cast and crew to court for getting the outcome so wrong.

Adam Sandler and Kevin James get married to cheat the system in the 2007 comedy “I Now Pronounce You Chuck & Larry.” Now The Donster has no problem cheating the system—where are your tax returns, sir?—but he has a problem with gay people, or at least Vice President Mike Pence told him he does. D Triz-ump wants Chuck and Larry to join him in court because they need to get a divorce and go to conversion therapy, so Pencie will stop complaining.

On the Sept. 27, 2016, episode of “New Girl,” Jess Day loses a bet and either has to vote for her roommate for president or dress up as The D Man for a day. She stands outside and yells at people “You’re fired!” The Taco Salad Aficionado hasn’t figured out how to trademark phrases just yet, but once he does, he’s going to bring Zooey Deschanel and “New Girl” to court and will figure out how he can sue after the fact.

Finally, Trumplestiltskin wants to take Disney’s “Phineas and Ferb” to court as well, mostly because, just like the rest of the country, he doesn’t understand how they’ve been on summer break for so many years.