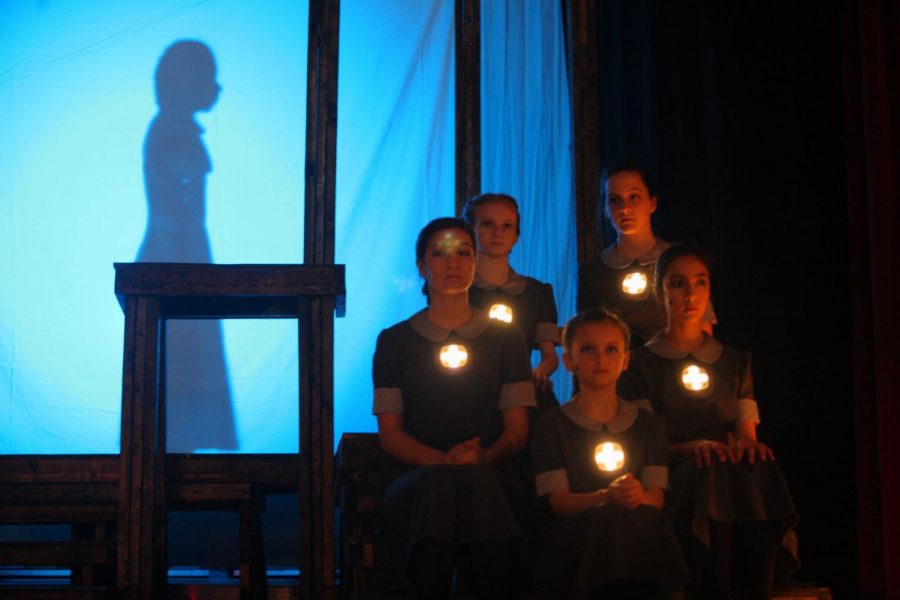 Youth actors in the Neverbird Project theater group created and performed a darker rendition of the fairy tale Pinnochio.

“Sight Lines,” opening at the Mission Theater, 1501 N. Kingsbury St., Sept. 20, features poetry, theater, improv and dance in a showcase that is inclusive of hearing, hard-of-hearing and deaf audience members.

In collaboration with iO Theater, the Neverbird Project, a youth theater group integrating ASL into performances, is performing in the showcase and will receive the majority of the proceeds to fund future projects.

Levi Holloway, Neverbird’s co-artistic director, said the group’s performances do not rely on the ability to hear, making the show as accessible as possible.

“Our goal with our work is that interpreters aren’t necessarily on the sidelines,” Holloway said. “Our work is very visually driven.”

While Neverbird Project’s performances feature deaf actors and keep deaf audiences in mind, deafness is not the focal point of the project’s shows. Deriving its texts from children’s literature, its repertory has included pieces like a darker rendition of Pinnochio.

“I don’t think deaf actors should be pigeonholed in deaf roles,” she said. “A deaf actor should be able to audition for any role in any play.”

Deafness should be presented as a trait rather than the central focus and essence of the character, Aguilar said.

Exposure to deaf culture and ASL brings visibility to the deaf community, Aguilar said, which can continue to normalize the community’s place in theater and other entertainment.

“Any way to creatively incorporate sign language into a production, so audience members can see ASL and become more exposed to it in theater is a wonderful idea,” she said.

Hush Improv, part of the “Sight Lines” showcase, is a theater ensemble reminiscent of old silent films because words are not needed to understand the message in performances.

Jake Dewar, creator and ensemble member of Hush Improv, said he thinks media has a long way to go until it can be considered inclusive for all.

“More attention should be brought to [the lack of inclusion in arts]—it is a problem,” Dewar said, regarding the exclusion of communities in the arts.

According to Dewar, progress in mainstream media remains stunted because producers are afraid to tamper with formulas proven to work for audiences.

“Mainstream media wants to make profit, and it wants to rely on the same formulas. I think people are tired of seeing the same stuff and would welcome the change.”