NFL Draft punts graduation back to The Chicago Theatre 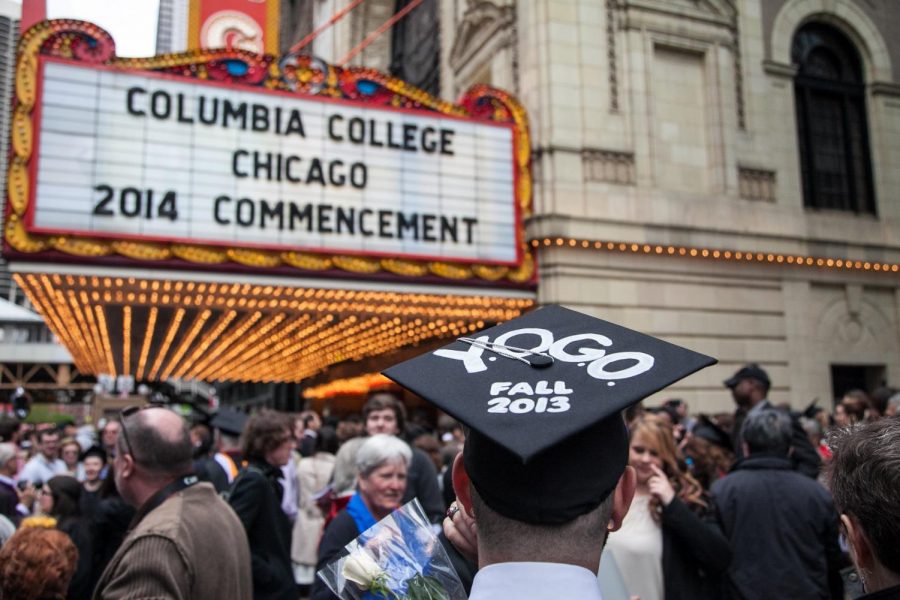 NFL Draft punts graduation back to The Chicago Theatre

A “domino effect” of scheduling issues stemming from the return of the NFL Draft to Chicago next spring is causing Columbia to reverse field and send its 2016 commencement ceremonies back to the Chicago Theatre, 175 N. State St., instead of Roosevelt University’s Auditorium Theater, according to Mark Kelly, vice president of Student Success.

The venue swap, which was announced to graduating students in a Dec. 9 email, will only be in effect for this year, with subsequent commencement ceremonies to be held at the Auditorium, Kelly said. The NFL Draft’s presence in Chicago led to multiple scheduling conflicts, including issues with the Joffrey Ballet, which is scheduled to host a “Cinderella” performance at the Auditorium Theater, 50 E. Congress Parkway, during Columbia’s ceremony dates.

Kelly added that the theater took advantage of a clause that allows Roosevelt to temporarily opt out of its contract with the college if necessary. He said because of the college’s protections within the contract, Columbia was able to arrange the return to the Chicago Theatre for one year.

The college officially changed its commencement venue to the Roosevelt Auditorium Theater for the May 2015 commencement ceremonies after the college was unable to reach a multi-year deal with the Chicago Theatre, as reported Oct. 20, 2014, by The Chronicle.

Natalie Jordan, a senior design major, said because Columbia’s campus is in the heart of the city, it is appropriate to have the Chicago Theatre as the graduation venue.

“Our campus is Chicago,” Jordan said. “We have maybe three blocks we walk between, but this is our campus. It only makes sense to go to the Chicago Theatre. It was almost weird to have graduation at another school’s theater.”

Jordan said while she is excited to graduate in general and would not mind having the ceremony in either venue, it may have been disappointing to have a ceremony in another school’s theater, whereas the Chicago Theatre is a shared and recognized city space.

“Everyone wants to see their school name on the Chicago Theatre marquee,” she said.

Having the ceremonies at the Chicago Theatre may hold more significance to Columbia students because of their artistic nature, said Jameel Bridgewater, a senior design major.

“Each are lovely facilities—I am confident of this: Our students, like they did last year at the Auditorium Theater, will have five incredible ceremonies that will make [students] really proud to be part of Columbia,” Kelly said.