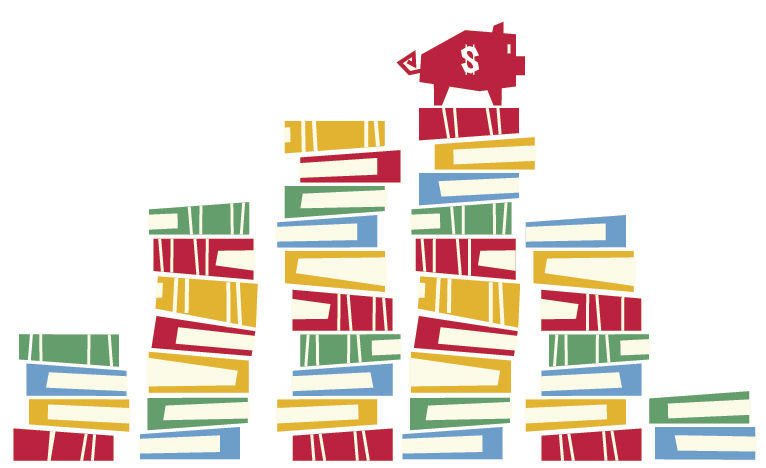 Colleges will soon be awarded grant money to help pay for textbooks after an additional $5 million in funding was allocated to the Open Textbooks Pilot Program.

Sen. Dick Durbin (D-IL) introduced the program in September 2017. The legislation states that “the cost of college textbooks continues to be a barrier for many students in achieving higher education,” according to Congressional Legislative Records.

Undergraduate students borrow $3 billion per year in financial aid to purchase textbooks, according to a February 2016 report from the U.S. Public Interest Research Group.

“There are many students across the country who’ve worked hard, earned good grades, figured out a way to pay for college—who are then hit by the unexpectedly high cost of textbooks,” said Sen. Tina Smith (D-MN).

Smith helped lobby for the additional funding and said in a Sept. 25 email statement to The Chronicle, “this pilot is an opportunity for us to help students save money by securing resources to provide students free, open access textbooks.”

Grants will be awarded to expand access to open textbooks, free online textbooks for students, according to Congressional Records.

The pilot program has yet to award any schools grant funding as of press time. The press release stated money would be awarded soon, but did not give a more specific time estimate.

Senior multimedia journalism major Vex Quintero said they purchased a textbook for every class that required it; two classes did this current semester.

Quintero said they purchased the books because they did not want to risk not passing classes.

Textbooks make up approximately 5-10 percent of the annual cost of college attendance, said George Gately, president of the board for the National College Advocacy Group.

Gately said he supports the program, but added that the discount will not make the difference between a student attending or not attending college.

“A 5-10 percent discount is appreciated, but it doesn’t make a significant difference in the bottom line in terms of a person’s individual budget,” Gately said. “It may help free up some discretionary funds for other things.”

Senior fashion business major Alexandra Ivy does not usually purchase textbooks and said price was one of the reasons why.

In his work with college students, Gately said students are usually able to find other methods of purchasing or renting textbooks for class to save money.

Several companies, such as Amazon and Chegg, offer alternative options for purchasing or renting textbooks, which might come at a reduced rate compared to prices on the bookstore.

Some textbooks in Columbia’s Library can be found at similar prices, such as a chemistry e-book that costs $31.49 at the Library and on Chegg.

Ivy purchased a $150 textbook in the past and said the amount of money was probably about a month’s worth of groceries.

“If [textbooks] weren’t so expensive, I would probably buy them more often,” she said.