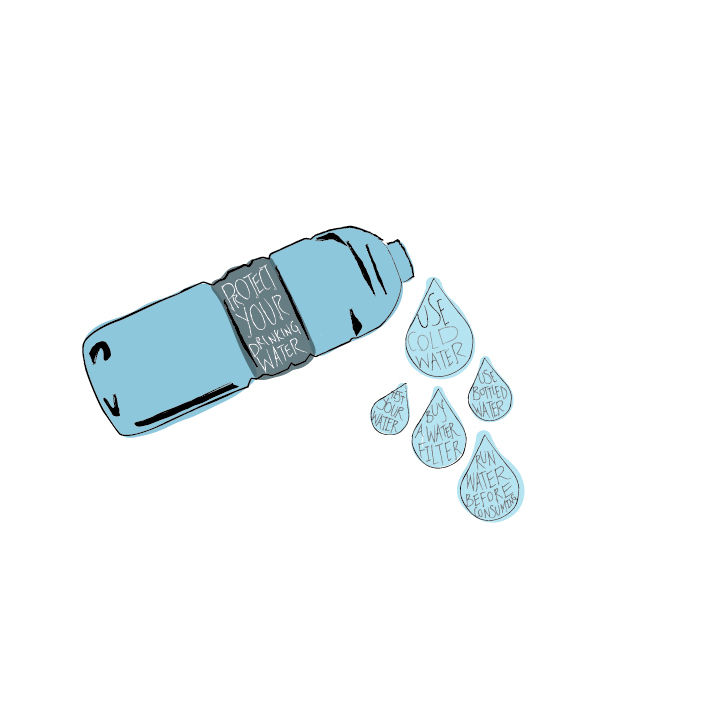 As reported on Page 26, city officials have put residents at risk of dangerous exposure to lead, highlighted by an April 11 Chicago Tribune article revealing that, of 2,797 homes tested in a two-year span, nearly 70 percent had lead in the water.

The contamination was found throughout the city with a fair distribution between North and South side households having high lead levels, so this problem affects all Chicagoans.

The toxic water quality in Flint, Michigan, which caught the nation’s attention in 2015, forced the country to question its water safety. But the problem existed in Chicago before media coverage raised these questions.

For years, the city has sent out construction crews to replace aging water mains that deliver water into individual homes. This project began long before Mayor Rahm Emanuel was elected, but under his administration, the city has accelerated the replacement of the underground pipe network built more than a century ago at quick pace with costly construction plan passed in December 2011.

For many, the primary concern at the time the city announced the plan was an increase in water and sewer fees to compensate for the construction expenses, but risking public health proved to be another consequence of the project.

Water main replacement released lead in homeowners’ pipes which leached into their drinking water. Chicagoans in affected homes must pay thousands of dollars to replace the pipes—an expense they cannot neglect because of the present danger it poses. For those in low-income areas, the expense is especially dire.

With nearly 80 percent of Chicago’s service lines made of lead, according to a class action lawsuit filed against the city in February 2016 that was dismissed this month, this issue puts too many Chicagoans’ health at risk to be bound by ordinances that make homeowners responsible for replacements.

The crisis in Flint, which has yet to be resolved, should have been a catalyst for Chicago to consider how its actions have put residents at risk. Instead, Chicago could be en route for a long-term water crisis just like Flint.

But residents can fight to prevent this fate. As the 2019 mayoral election nears, residents must pressure candidates to make this issue a major part of their campaigns if they want to be elected. Residents cannot avoid this issue when every side of the city is under a public health threat, and everyone must band together to demand officials take responsibility for the problem.

Lead-contaminated water is a public health issue, and there are two steps residents can take to ensure it is treated as such: education and action.

The city must make resources for water safety widely available and as visible as any other public health campaign in order for residents to reduce their amount of exposure to the toxic substance. From billboards to train advertisements to pamphlets sent to residents’ homes, Chicagoans should know how to take as many possible precautions.

But such safety precautions are only short-term solutions to a dangerous problem. It should not be residents’ responsibility to adapt to the city’s mismanagement of a vital resource and to front the cost of remedying the effects of it.

Residents should demand city officials work with property owners to create a program overhauling the hundreds of miles of lead service lines feeding the contaminated water into buildings. This will not only alleviate property owners from taking on the staggering cost of replacing and maintaining these pipes, but it will also send a message to the city that residents will not tolerate a basic necessity such as water being corrupted.

Chicago has turned toxic, but residents can unite for a healthy city.