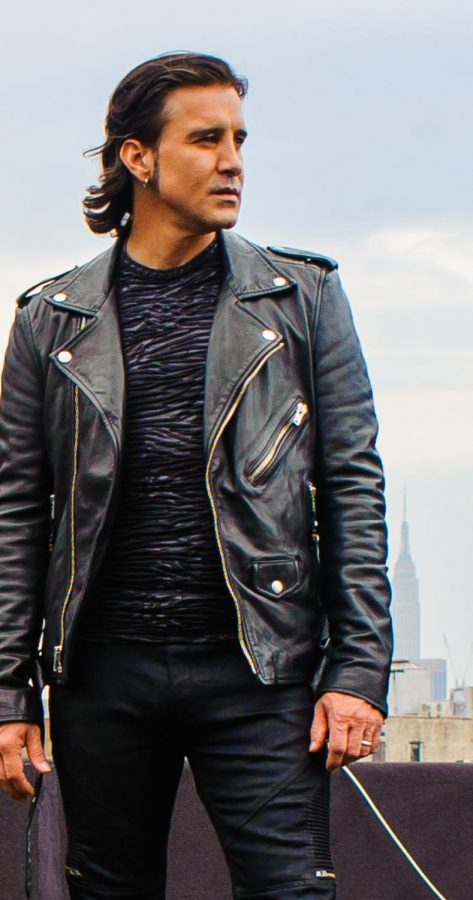 Radio listeners may remember Grammy-winning rock band Creed for its late ‘90s and early 2000s hits including “My Sacrifice,” “With Arms Wide Open” and “Higher.” After the success of the 1999 album Human Clay, the group sold more than 53 million records worldwide before breaking up in 2004, reuniting in 2009 and breaking up again in 2012.

Creed vocalist Scott Stapp released two solo albums following the band’s breakups—2005’s The Great Divide, which was later certified Platinum, and 2013’s Proof of Life. He recently joined hard rock supergroup Art of Anarchy and has also been publicly vocal about his desire for another Creed comeback.

While the days of the band’s airwave dominance are over, the music lives on through Stapp. Though he struggled with drugs and alcohol in the past, Stapp will embark on a solo tour starting Nov. 22 and will play some of his own material as well as Creed mainstays. He will perform at the House of Blues, 329 N. Dearborn St., Dec. 6.

The Chronicle spoke with Stapp about his 23-year career, solo work and upcoming solo tour.

THE CHRONICLE: What about this tour will surprise fans who only know you from Creed?

SCOTT STAPP: I think they will be excited because they get to hear all the songs they know from my days in Creed, and then they would be introduced to some of my solo material. They will be excited to see a high energy, passionate rock ‘n’ roll show. We bring a lot of production. [It’s a] very theatrical experience. If you love rock ‘n’ roll, you’ll love the show.

How does it feel to still have a loyal fanbase after more than two decades?

I’m so grateful. That’s the first word that comes to my mind. I just feel so grateful that I’ve had the opportunity to make music for the last 20 years, and to still have fans come see me play. I’m humbled by it all.

What drives you to keep making music?

It’s who I am. I wouldn’t know what to do without music in my life and without having the ability to create music. It’s how I cope with life; it’s how I process life. I can’t imagine my life any other way.

Are you planning on continuing solo work in addition to Art of Anarchy?

Yeah, it’s a pretty exciting time in my life to be involved with three bands: Creed, Art of Anarchy and my solo band. I plan on keeping all three of them going. It’s a juggling act, but as I said, I love creating music. I love working with new people that have their different slant, energy and vibe that they bring to the table during the creation process. It’s just something I love. I’m about to wrap up and finish the Art of Anarchy album, but even in the midst of writing that album, I’ve been writing and creating for my next solo record.

Is there anything from throughout your career that you regret?

I definitely have some regrets. I regret the role that alcohol and drugs played in my life, and really impacted my life and my career for a long period of time. [It] led to the end—at one point in time—to Creed, which is a band I love with all my heart and guys I love with all my heart. I was thankful and blessed that we got back together in 2009 and made a new record and are continuing to move forward. I definitely regret the damage some bad decisions, alcohol and drugs did to my life. If I could do it all over again, I would never touch the stuff.

Where do you find inspiration for your songwriting and lyricism?

From living life, and being a very introspective person who probably thinks way too much. My music is based on my inner thought life, as well as my life experiences. Those are really the two areas it comes from.