Columbia should use its own artists to create student center 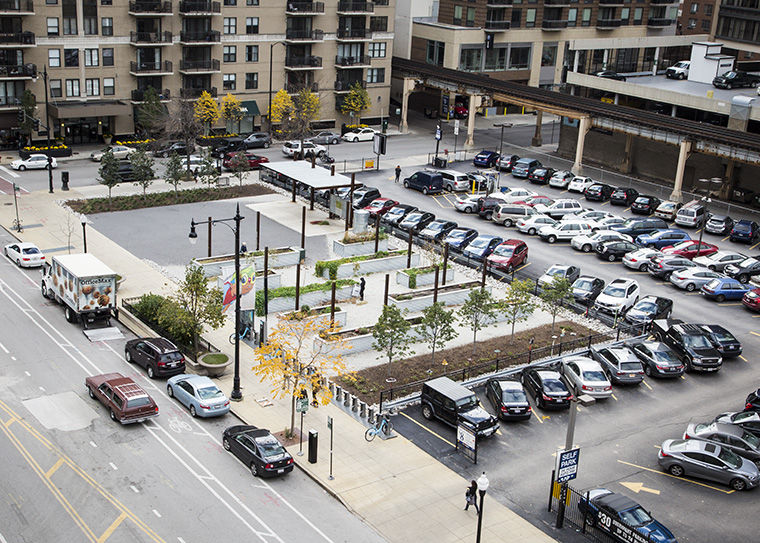 Columbia students have long called for the addition of a student center to the college’s otherwise disjointed group of campus buildings, a facet of many other area colleges that proves valuable to uniting the student body and strengthening the overall campus feel.

After years of requests from students that the college’s administration make the creation of such a student-focused space a priority, President and CEO Kwang-Wu Kim announced in a Nov. 5 email to faculty and staff that the college’s board of trustees voted Oct. 28 to move forward with plans to officially develop a student center at Columbia.

As reported in the Front Page story, the announcement states that the proposal for the center’s construction, which is set to be built where the Papermaker’s Garden is currently located, will be developed through a nine-week project planning phase that begins this month.

“This project is one of the key priorities set out in the Strategic Plan, and it is at the top of our students’ collective wish list,” Kim’s Nov. 5 emailed announcement stated. Discussions about adding a student center to the campus map have been ongoing since Kim began his presidency at the college.

As reported by The Chronicle, he discussed the importance of a student-centered space during a Feb. 26, 2014, Coffee with the President forum, which allowed students to express what they would value in a space to gather with their peers.

In the past, students have pointed out the overbooking of other campus spaces like The Loft at 916 S. Wabash Ave., making it crucial that the college take advantage of this opportunity to build Columbia’s first official student center.

It’s a huge step in centralizing Columbia’s campus, but it must be done with care and thought about what the students themselves want.

The nine-week project planning phase should reflect participation by both students and the college to ensure it will best serve current and future students, who will hopefully be able to enjoy using it when it is set to open in the Fall 2018 Semester. One of the main questions regarding the creation of the student center is how it will be funded.

Kim’s announcement said that the board will be developing the financing strategy while the college community members participate in forums about the intended uses and programming for the space.

However, one of the points the president made at the 2014 Coffee with the President event was that a large part of the planning process for bringing a student center to campus would involve securing adequate funding to finance the project.

The college should not only strongly consider the suggestions students make during the nine-week planning phase meetings, but also should invite and encourage students to participate in its creation.

An April 2014 opinion piece by The Chronicle suggested the college should look to its own creatives to design the interior and leave the more complex aspects, like engineering, to the industry professionals.

Involving students in the creation of the center in a deeper way than simply inviting them to roundtable discussions would confirm the college’s commitment to ensuring it serves students in the ways they care most about.

Allowing students to make their mark on the college and participate in such a crucial part of its history would also be a meaningful experience for the college as a whole and would effectively market Columbia’s talented students and their artistic abilities.