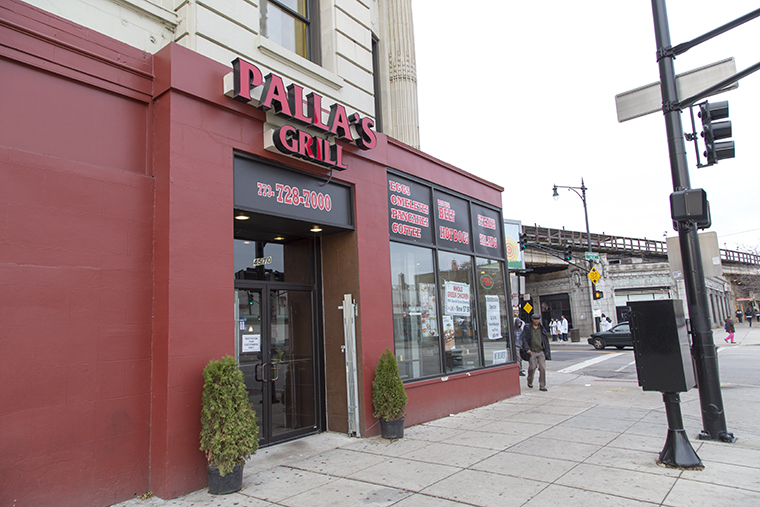 As the cliché goes, a book should never be judged by its cover, but businesses often are, so Uptown storefronts are getting a makeover.

Uptown United, the neighborhood’s economic development organization, created the Business Beautification Program in 2013, which provides incentives and opportunities for businesses to renovate their storefronts, windows and statues. The organization began accepting applications at the start of the new year, said Associate Director of Uptown United Wally Rozak.

“[The businesses] will be more attractive and more welcoming for their business, but also for the street and the business district in general,” Rozak said.

Store owners can apply to participate in the program on

UptownUnited.org. Upon approval, owners can qualify to be reimbursed for 50 percent of the cost of improvements to their business with a $5,000 limit for each business, said Alyssa Berman-Cutler, president of Uptown United.

The beautification program receives funding from the Uptown Special Service Area #34, a local tax district. Eligible businesses must be within the SSA boundaries to qualify for the program.

Boundaries are outlined in a map on UptownUnited.org.

Rozak said there are not as many incentive programs in Uptown as there once were.

“We have talked about [the program] for a couple of years,” Rozak said. “It seemed like a good time to do it. The interest is there. Even if we can help [businesses] in a small way, they were really interested in it.”

Sarah Brune, associate director of the Chamber for Uptown, a support organization for local businesses, said the program would be a useful incentive to attract customers and new businesses.

Brune said the chamber supports anything that will better Uptown.

“I think it’s a great way for small businesses to get access to a little capital,” Brune said.

“If a business owner fixes up their space … There are a lot of benefits all the way around for the businesses and the neighborhood,” Cox said.

Karin Abercrombie, executive director of the Swedish American Museum in Andersonville, said Andersonville’s program has helped the museum restore a Dala Horse, a wooden horse the Swedish Women’s Educational Association International donated to the museum a few years ago.

“As a [nonprofit organization], we don’t have enough funding on our own for these things,” Abercrombie said. “We have to go out and seek funding, and it’s great to be able to get [funding] from our neighborhood organization.”

Abercrombie said she has submitted multiple requests to the program to restore and update the front of the museum and fixtures. She said the program has helped her repaint the Swedish flag and Water Tower fixture outside the museum.

“I think it’s a great program for the community,” Abercrombie said. “I know there are several businesses that have been able to take advantage of it.”

The city offered a similar program but discontinued it because of insufficient funds, Cox said. Some communities, such as Andersonville and Uptown, are still trying to offer such services, he said.

“It’s just one of those ways in order for us to stay a vibrant neighborhood,” Cox said.