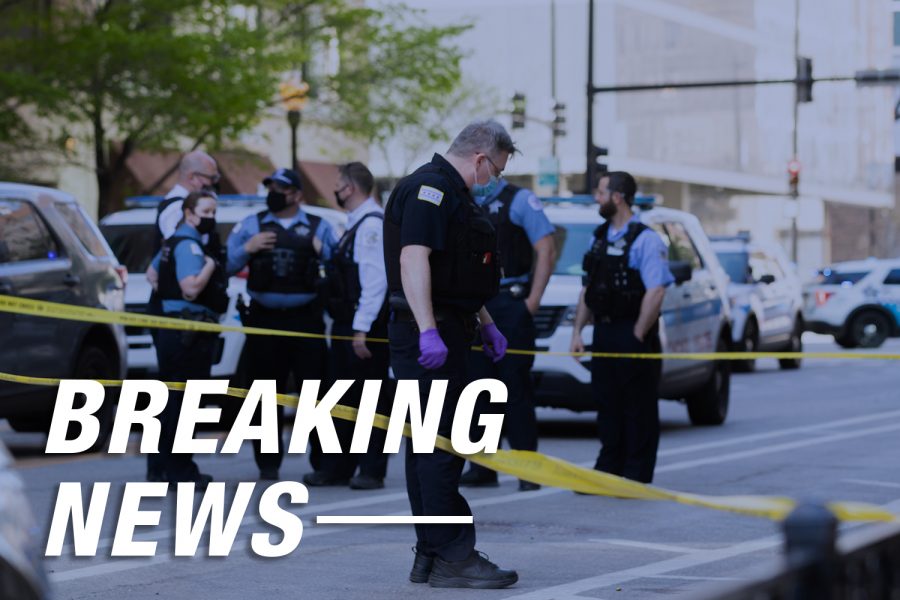 Updated 4/27/21 with a statement from Associate Vice President of Safety and Security Ron Sodini.

Shots were fired in front of the Flats at East-West University, 829 S. Wabash Ave., on Monday, April 26 at approximately 3:45 p.m.

One individual was injured but in “good condition,” according to an email to the Chronicle April 26 from the Chicago Police Department’s News Affairs office.

The victim—a 20-year-old male with no affiliation to Columbia—was allegedly in a verbal altercation with an unknown offender when exiting the building, and the offender fired shots striking the victim in the right foot, according to the email.

The college sent emails and phone alerts to the Columbia community shortly after 4 p.m. and the block of 800 S. Wabash Avenue was sectioned off for police intervention until the scene was stabilized at around 5 p.m.

At this time, CPD does not have any identifying details of the offender aside from his gender.

In an email to the Chronicle on Tuesday, April 27, Associate Vice President of Safety and Security Ron Sodini said a staff member from campus security communicated with the CPD following the shooting and another was sent to observe the scene.

Sodini said students should travel in pairs or groups through well-lit and high traffic areas after dark and call 911 for “suspicious” activity.