The Columbia Chronicle • May 24, 2021 • https://columbiachronicle.com/breaking-suzanne-mcbride-announced-as-new-dean-of-the-school-of-graduate-studies

Breaking: Suzanne McBride announced as new dean of the School of Graduate Studies 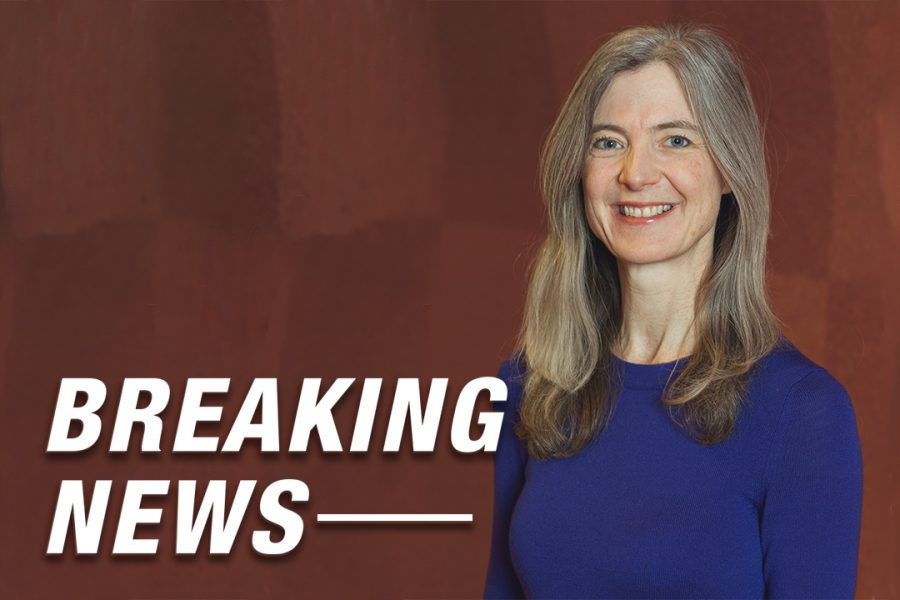 By Camryn Cutinello and Noah Jennings

In coming years, Columbia graduate students can expect a focus on the college strengthening its graduate school programming as Suzanne McBride steps up to her new role as dean of the School of Graduate Studies.

Marcella David, senior vice president and provost, announced Monday morning in an email to staff and faculty that McBride, currently a professor and chair of the Communication Department, will step into her new role June 1.

“Dean McBride is a distinguished academic who brings both vision and significant management experience to the role as Dean,” David said in the email.

McBride will serve as the permanent replacement to current Interim Dean of the School of Graduate Studies Jeff Schiff, who has held the position since 2019.

Three candidates including McBride presented their visions for the graduate studies programs earlier this month. In her May 10 presentation, McBride discussed her ideas for potential improvements to the curriculum and structure of the graduate school programs as well as ideas for how to boost enrollment, such as certificate programs and online degrees.

McBride has taught at Columbia for 16 years, and she said that includes teaching approximately 150 graduate students. She is also an assistant metro editor at the Chicago Sun-Times and launched AustinTalks.org, covering Chicago’s West Side, and co-founded the community news site ChicagoTalks.org, featuring the work of Columbia students.

In the email announcement, David praised McBride’s “vision of inclusive excellence, combined with her commitment to work to collaboratively leverage opportunities for innovation.”

David also noted that one of McBride’s top priorities as dean will be collaborating with colleagues to advance the graduate programs.

“I think there’s great potential to increase the number of our graduate students at the college as well as the diversity of the student population,” McBride said in an interview with the Chronicle following the announcement. “And we have some really innovative, exciting programs that I think more students would be interested in participating in.”

In her public presentation, McBride also discussed boosting enrollment by appealing to more people, such as early retirees, veterans and international students. She talked about hosting more town halls and utilizing social media more to get student feedback.

During the Chronicle interview, McBride said her immediate goal, aside from packing up her office at 33 E. Ida B. Wells Drive, is to talk with the graduate directors, department chairs, the other three deans, and faculty and staff throughout the college.

“The first several weeks are going to be a time for just a lot of communication, but most importantly, a lot of listening on my part,” McBride said.

McBride said Eric Freedman, dean of the School of Media Arts, has begun the process of finding an interim chair for the Communication Department and is seeking input from department faculty.

“I’m very excited about just building on good work that’s already been done by many of my colleagues across the college and that I’m going to continue to be here at Columbia,” McBride said. “It’s a really special place.”