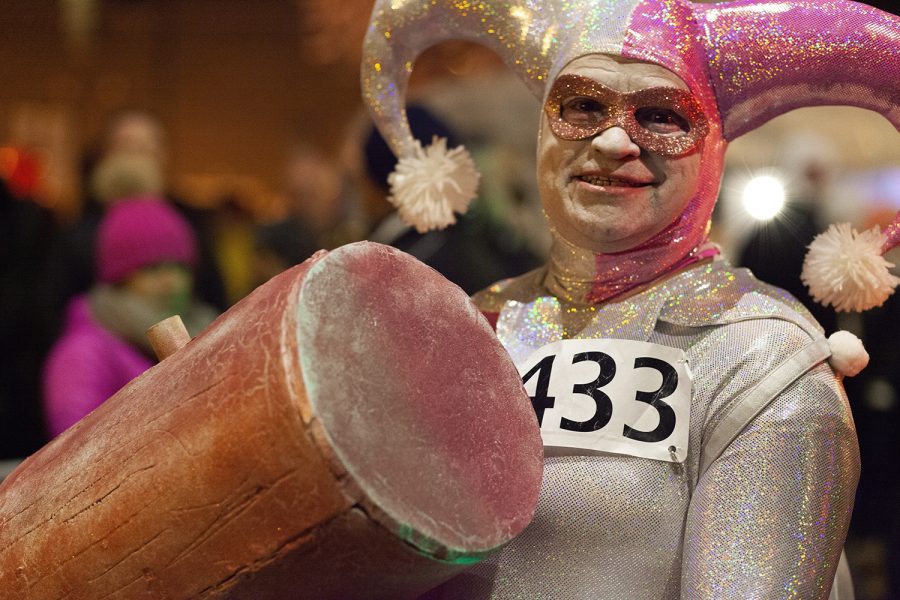 “People from all types, all ages, all races come together, have a good time [and] get dressed up,” said Brian Gybboney, an attendee dressed in a glittery, pink and white Harley Quinn costume.

Hosted by four Chicago-based drag kings and queens—T Rex, Lucy Stoole, Tenderoni and Dixie Lynn Cartwright—the Thursday night parade, which was ranked as one of the 10 best Halloween celebrations in the nation by Fodors Travel Guide in 2016, began around 7:30 p.m. Participants made their way north, where the crowd was then directed into a parking lot for the costume contest.

The competition was split into seven different categories: creative, scary, youth, cosplay, drag, group/family and large group. There was a total of $4,000 in prizes, but only $3,000 was awarded as there were no contestants for the big group category.

“Ocean Garbage” took home the crown for most creative costume; a horrifying twist on Santa Claus found themselves winner of the scary category; Stranger Things’ very own demogorgon won the prize for the youth category; Tron was crowned the master of cosplay; Cruella De Vil found herself $500 richer after winning the drag category; and, finally, a family of various Stephen King characters were victorious in the group/family category.

After the last category was called, the festivities ended with Stoole encouraging all of those who competed to go find other costume contests to participate in. The crowd then dissipated into the snowy Halloween night.