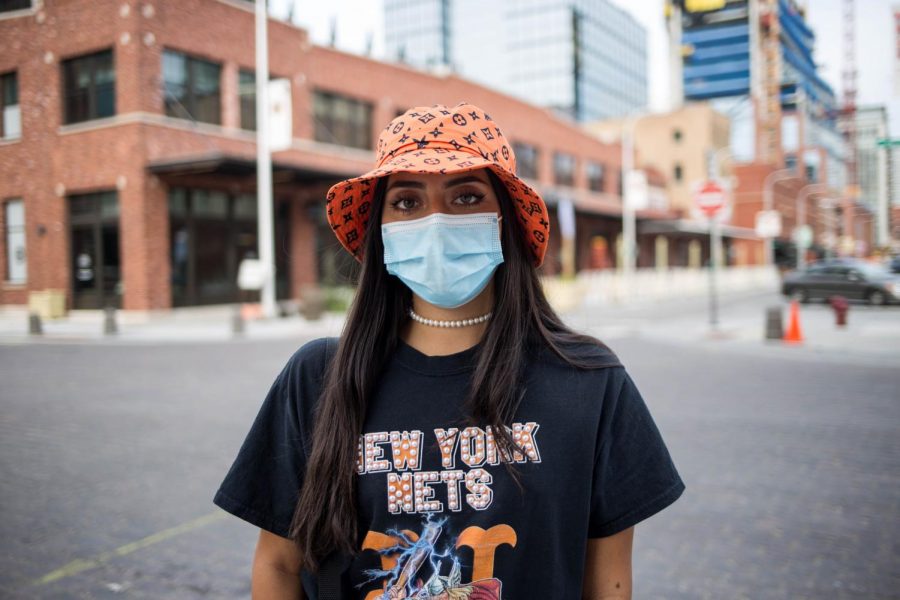 With a focus on environmental consciousness, Born Again Studios combines streetwear and pop culture into its clothing reducing its carbon footprint by giving vintage items a second life.

Originally a medical student in Miami, Brianna Montesano, a sophomore fashion studies major, transferred to Columbia in 2018 to pursue her passion for fashion. On Friday, Aug. 28, she launched Born Again Studios with her best friend, Christina Ande.

“Born Again” is a mantra that Montesano embodies in her life through her personal growth and feeling “reborn.” She said she loves Chicago for its abundance of culture in streetwear and how other art forms, such as music, intertwine with fashion.

After living in Miami and seeing other students’ individual styles on campus in Chicago, she felt inspired to embrace her own, Montesano said.

“It was a little bit harder to see people wearing the stuff that I wear because my style kind of stuck out from the crowd … because everyone’s in shorts, T-shirts, flip-flops and sneakers. Everyone’s on island mode down there,” she said.

The brand’s recent launch features custom vintage items, crochet bikinis and denim, which can all be found on its website. As someone who keeps up with fashion trends, Montesano said she noticed pearls are currently in style and decided to combine them with vintage clothing.

Montesano’s favorite piece in the pearl vintage collection is the first one she made, titled “Led Zeppelin Pearl Band Tee.” The vintage band T-shirt has a black, glittery spray painted Nike-style Swoosh on the chest and pearls on the angel wings.

“It just accidentally ended up looking so much cooler than what I expected it to,” Montesano said. “I think some of the best things that you make are so unexpected.”

some of our faves from the vintage pearl collection that is dropping TONIGHT—website will go LIVE at 8PM EST. get ready n’ get set✨

Before launching her brand’s official website, Montesano posted a teaser of the first pearl vintage collection item and received an abundance of positive feedback from her friends on social media.

However, the pieces in this collection are not recommended for swimming, she said. Instead, she said they should be worn as a lounge set and under other clothing.

“I want to give people the opportunity to wear something cool and different that has that luxury feel to it without it being luxury … and help the world in a way [because] we’re recycling everything and upcycling it,” said Montesano.