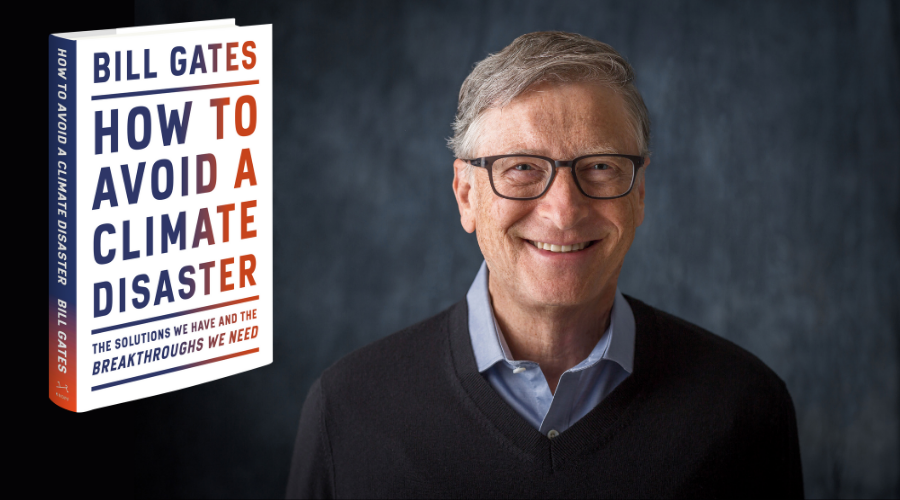 Microsoft co-founder Bill Gates has one goal for the world: Reach zero carbon emissions by the year 2050. During a virtual discussion for the Chicago Humanities Festival, he proposed that, in order to achieve this, everyone—including governments and corporations—will need to work together through initiatives and innovations that will leave a greener footprint.

Gates said new innovations of decarbonized steel and cement, green hydrogen and safe nuclear power are needed to combat climate change, in addition to expanding upon existing innovations such as the beef replacement Beyond Meat.

“If you told me we couldn’t innovate, I would be pessimistic,” Gates said.

The Chicago Humanities Festival organizes events year-round to bring people together from around the globe to create conversations surrounding contemporary knowledge and culture.

The first virtual event of the year was hosted by Dax Shepard and Monica Padman, hosts of the podcast Armchair Expert, on Feb. 25. It included a discussion with Gates about climate change and his new book “How to Avoid a Climate Disaster.”

During the discussion, Gates covered ways entrepreneurs can build new businesses and improve existing ones with climate preservation in mind, the younger generation’s drive to fight climate change and the way the issue is disproportionately affecting impoverished communities.

Gates also addressed the crucial need for a reduction in the price of green energy options, especially for countries like China and India.

Cynthia Linton, the Chicago chapter chair of the Climate Reality Project, a global climate advocacy organization, said she commends Gates for calling attention to climate change. She hopes it will awaken the corporate world to actively work toward a solution.

Linton believes the destruction of natural resources—which directly contributes to climate change—is prevalent in Western culture and the U.S. particularly because of the country’s strong belief in capitalism.

“We need to fight the corporate interests that are making money off fossil fuels,” Linton said.

Gerson Matias-Ryan, a freshman film major and member of the Columbia College Chicago Climate Change Club, said he is critical of Gates’s own carbon footprint and skeptical about Microsoft’s goal as a corporation to reach “zero waste” as early as 2030.

“It sounds great and everything, but I find that extremely hard to believe, considering the fact that our technology that we have that is renewable … is not advanced enough to [support the] many factories that [Microsoft] owns,” Matias-Ryan said.

Matias-Ryan said it is good the Chicago Humanities Festival is talking about climate change, but it is important that the discussion focuses on action.

During the virtual discussion, Gates said large corporations, the government and the wealthy have a responsibility to invest in the science to solve climate change now, before the problem has gone too far to fix.

Gates is the founder and co-chair of Breakthrough Energy, an investment company for clean energy. Amazon Founder and CEO Jeff Bezos and CEO of Bloomberg LP Michael Bloomberg are among other wealthy figures serving as board members and investors in the company.

According to Breakthrough Energy data from 2017, humans produce 51 billion tons of greenhouse gas every year, which makes its way to the atmosphere. Manufacturing is the highest emissions contributor, comprising 31% of the world’s greenhouse gas emissions, ranking above electricity, agriculture, transportation and heating and cooling.

In addition to creating green innovations such as green cement and green steel—major resources used in manufacturing—Gates said citizens have to vote for candidates who prioritize climate change, and advocates must become even more vocal about the issue.

“When society gets upset about something, we make progress,” Gates said.

Wren Sager, a freshman documentary major and vice president of Columbia’s climate change club, said while they are wary of Gates’ lifestyle contributions to climate change, recognizable names tend to attract more people to an event.

“Is he the best climatologist the world has ever seen? Probably not, but everyone knows who Bill Gates is,” Sager said. “And if Bill Gates’ name makes people … learn something new about environmentalism, then I don’t see the harm. A lot of people kind of view climate change as solely a science issue. It’s an everyone issue. … It’s an all-encompassing human race issue.”