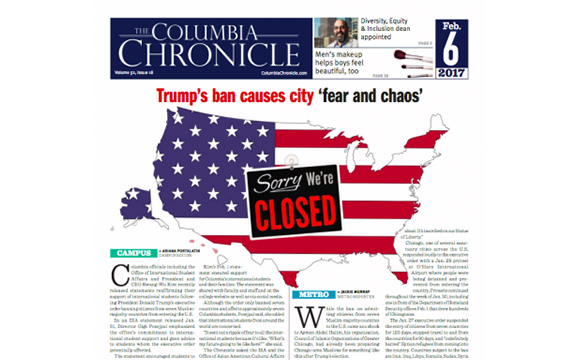 Working in journalism is not about the awards, but it is still exciting when it happens.

The Chronicle won multiple honors in the Associated Collegiate Press 2017 Awards, announced Oct. 28, including the organization’s most prestigious award—the Pacemakers, which are awarded to the top 15 percent of student newspapers, magazines, yearbooks and online news sites.

Out of 150 student newspapers that submitted for the 2017 Newspaper Pacemaker, The Chronicle was one of the 23 winners. The Chronicle’s sister publication Echo Magazine also won a 2017 Magazine Pacemaker for its 2016 Fantasy Issue.

According to ACP’s website, Pacemakers are awarded on the basis of factors that include “coverage and content, quality of writing and reporting, leadership, design, photography and graphics.”

ACP also announced its individual awards for categories such as advertisements, photography and articles.

Managing Editor Ariana Portalatin won third place for 2017 Reporter of the Year for three stories she wrote during the Spring 2017 Semester as campus editor.

The Chronicle congratulates all of its current and former staff members who received awards for their work.