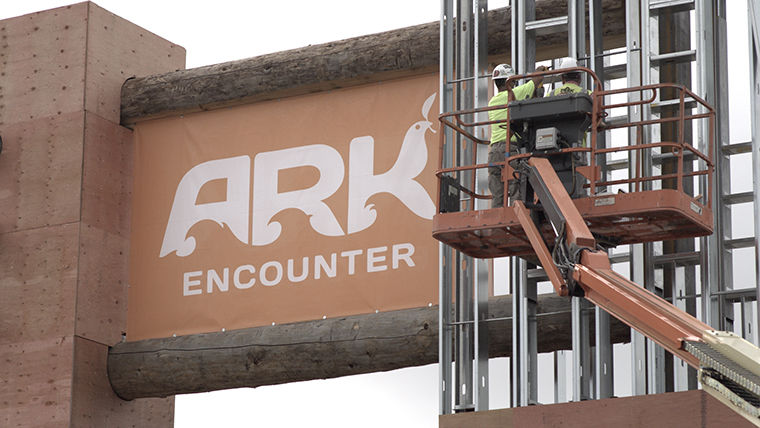 The Noah’s Ark exhibition being built at the Creation Museum in Williamstown,   Kentucky, aims to debunk evolution and strengthen belief in creationism and is the focus of Monica Long Ross’ film, “We Believe In Dinosaurs.”

Local filmmakers are bringing creationism’s controversy to life with their documentary “We Believe In Dinosaurs,” an exploration of the disagreements between the scientific and religious communities.

A group of Chicago filmmakers, 137 Films, has spent the last three years documenting the construction of the to-scale replica of Noah’s Ark at the Creation Museum in Williamstown, Kentucky, which is being built in support of creationism, the religious doctrine that disputes the theory of evolution.

“We Believe in Dinosaurs” is 137 Films’ third feature and is set to come out 2017, said Monica Long Ross, co-director and producer.

“If this story about religion and science was something that would be preached in church or a faith-based thing, it wouldn’t interest us,” Ross said.

The film examines both the theory and the appeal of creationism, and what that says about perceptions of science.

“We are a country of [the] majority denying the theory of evolution,” Ross said. “Are we growing in our distrust of science and scientists?’”

The documentary features people across a spectrum of beliefs, including David MacMillan, who shared his path from a creationist to a believer of science. MacMillan said he grew up  a creationist until earning a physics degree from the University of North Alabama, altering his perspective.

“I held onto [creationism] for about as long as I could,” MacMillan said. “Over time, and being able to do better research, my familiarity with science grew, and I could see that there was no way to make [creationism] work.”

MacMillan contends that the popularity of creationism is growing because it offers reassurance to its adherents. Instead of dismissing these beliefs, scientists should engage in dialogue with this community, he said.

However, the percentage of Americans  who believe in the theory of evolution has grown from 61 percent in 2009 to 65 percent in 2014, according to a July 1 2015 Pew Research study.

Scott Paeth, an associate professor of Religious Studies at DePaul University, said science and religion are not incompatible. While some might think evolution completely excludes a belief in

God, many are able to reconcile their religious beliefs with science. The notion that one must choose between science and religion may be the result of insufficient scientific education, he said.

Ross said she hopes the documentary encourages dialogue so Americans can see the estrangement between religion and science communities as a problem and start discussing what their goals are.

“We’ve been a leader in science in the world, for many years, for generations,” Ross said. “Are we turning our back on this? Is that where we want to go?”