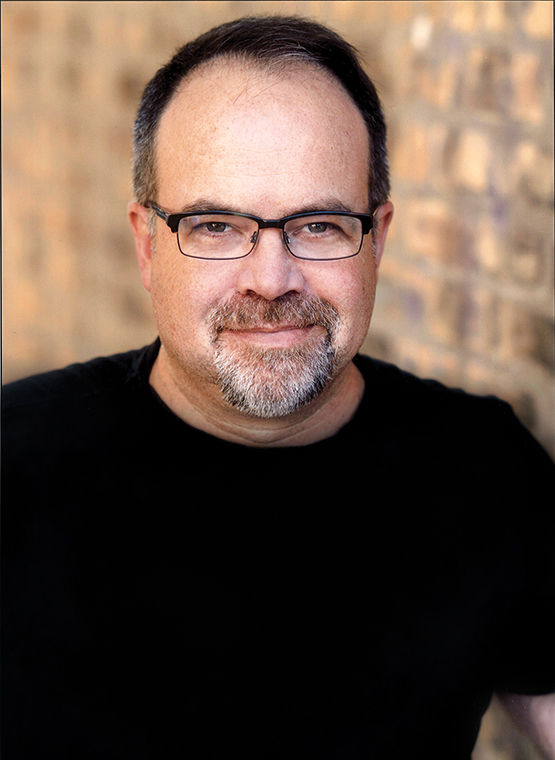 Bill Bunker has always wanted to perform comedy and began taking classes a week after his first daughter was born. She is now 16 years old. He started taking classes at Zanies Comedy Club, which he recommends, noting  they are affordable and provide a real club setting. He now performs comedy regularly at the Laugh Factory, 3175 N. Broadway.

The Chronicle spoke to Bunker about hosting the North Branch Arts’ annual fundraiser, being a comedian with “clean” jokes and working with Comedy Central’s Jim Gaffigan.

THE CHRONICLE: What led you to do  stand-up comedy?

BILL BUNKER: Stand-up comedy is something I always wanted to do. Throughout getting married, having children and starting a career in marketing, it’s something I’ve kept in the back of my head. I’m currently employed at a law firm as a marketing manager. The comedy is still a part-time gig.

Your comedy has been described as “clean” and “dry.” Is it hard  to keep  your jokes clean?

It’s not hard—the nature of my act revolves around being a father and having kids, [and] being dirty would ruin the effect of who I am on stage.

What do you think of comedians who tell dirty jokes?

It’s okay. If you are starting out, I would advise against it because you  have such little material. Being dirty is coming across [as] trying to shock people. Some of my favorite comedians are George Carlin and others, who certainly swore, but it was always in the context of their act. Some comics have been around long enough—they have earned the right to be whatever they want. It’s different when you’re starting out. I see a lot of young comedians just trying to be dirty for the sake of being dirty, and it shows—people pick up on that. Sometimes, when I work at the Laugh Factory and there [are] a number of younger comics, they have very blue material. By the time I get up there, they are relieved that I’m not yelling at them or swearing at them. That’s just my opinion—everyone is free to do what they want, but the thing with being clean is it expands your ability to get work.

What are you most excited about in regards to hosting the North Branch Arts annual fundraiser?

I live in Edgebrook, and this is the third year in a row that I’ve hosted it. It’s a great startup art center for the neighborhood. The neighborhood has a great grammar school, but some of the after-school activities are lacking. The people who started this are trying to provide an outlet for kids after school and introduce them to the arts, so it becomes very important for                our neighborhood.

What was it like working as an opener for Jim Gaffigan?

It was a lot of fun—he’s one of the biggest names there is right now, and I met him just because I was working as the opening act at Zanies 10 years ago, and Jim was the headliner that week. He’s a guy my age [and] liked the fact that my act was clean because his act was also clean, [so] my act would segue into his and we became friends. I helped [him] write material at times and work on jokes—it was a lot of fun to be working with someone that big.

Do you have any advice for students pursuing careers in comedy?

The most important thing is to get out there and do it—think about your favorite comedian. I think every person starting out—and this was true for me as well—sort of imitate[s] someone you like. You imitate their style and that’s apparent when you start, but it gives you a starting point to get on stage and try things, but over time—and it takes a lot of time, you can ask any comedian—it will take 10, even 15 years to find your true stage self. The important thing is to be out there practicing. There are tons of open mics in Chicago, which is a great thing. The two things are to be there practicing what you want to do, and writing material all the time but also networking—there’s a tight- knit community of stand-up comedians in Chicago. Once you start getting out and introducing yourself and being friendly and gracious, people start to accept you pretty quickly.