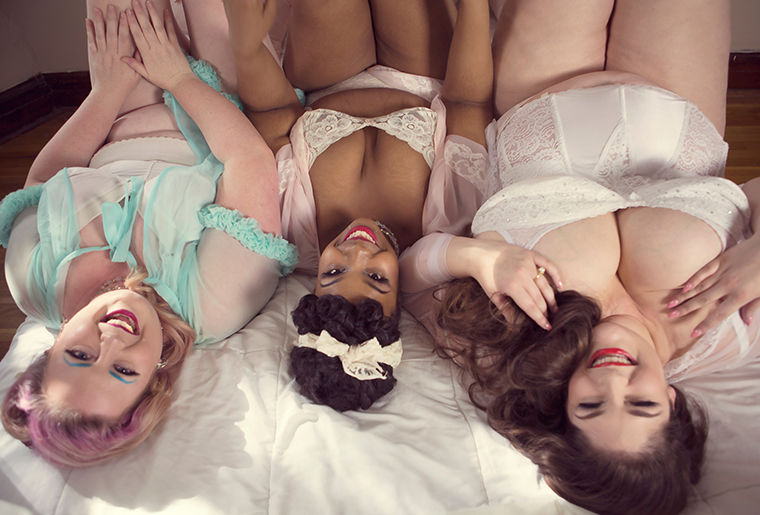 The Femme FATales, a body-positive burlesque troupe, will be bringing its show to Center on Halsted, 3656 N. Halsted St., Feb 10.

The troupe, made up of plus-sized performers, will bring its show to Center on Halsted, 3656 N. Halsted St. in Lakeview. The Femme FATales performance is subtitled “The Beyonce Edition” and is not the first time it has performed in the city, appearing  at the Chicago Fringe Festival in 2015.

The location was perfect for the FemmeFATales’ Chicago performance, said Carina Shero, co-founder and creative director, because it allowed the performers to curate their audience.

“A lot of burlesque performances happen in places like bars, and those types of venues,” Shero said. “We have our shows in theaters because we want to create a safe space for our performers and have the audience know specifically what they’re coming to.”

Femme FATales formed in 2015 with support from established burlesque stars like Red Hot Annie and a need for more diverse representation on the burlesque stage. Most of the members had no formal burlesque experience, Shero said. Rather they were assembled from body-positive communities, which was intentional, said Femme FATales Producer Essence, who asked their surname be witheld.

“We wanted to create the troupe with the purpose of transforming how people see themselves,” Essence said. “It was about reaching out to people whose main mission was doing that as opposed to just being a performer.”

Shero said she made it her commitment to have audiences come away from the show, not just entertained, but with a transformed view of themselves and other people’s bodies.

Korey McWilliams, a sex therapist and adjunct professor in the Humanities, History and Social Sciences  Department, said Shero’s troupe offers a helpful outlet for individuals struggling with their bodies.

“Body image is one of those things that can be really challenging and deeply ingrained in people,” McWilliams said, “It takes an emotional experience to access some of those deeper points of pain and suffering.”

Shero said burlesque made her try things she would never have seen herself doing, and wants the audience to feel that same effect

“In today’s society, as a fat person, you just don’t get to experience yourself be represented in a glamorous light,” Shero said. “Our show gives people the opportunity.”