Back to the nest: Columbia parents react to dorm closures 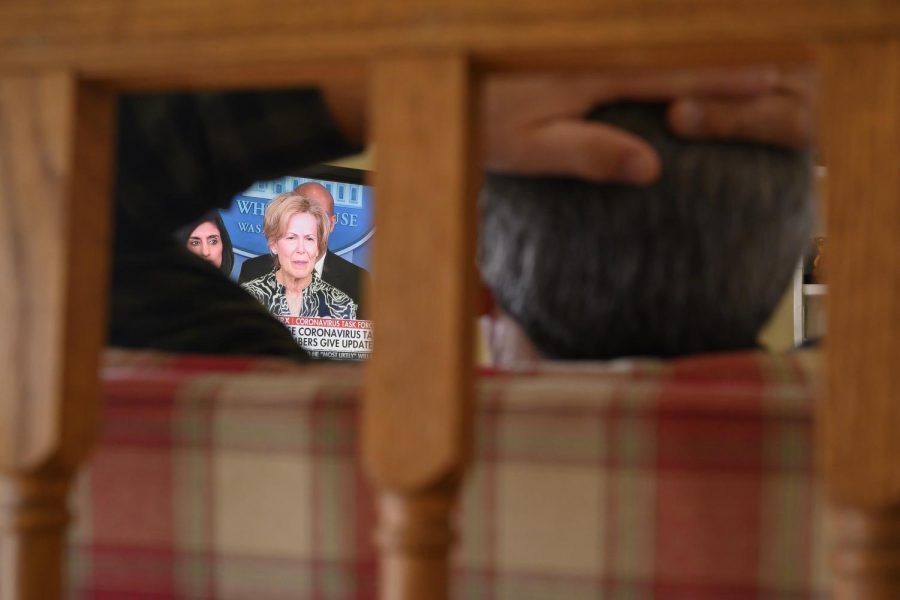 Between 12-hour drives, last-minute plane ticket purchases and frantic packing, parents and family members from across the country are hustling to move their Columbia students out of residence halls as the campus closes and Illinois Gov. J.B. Pritzker’s stay-at-home order goes into effect.

Cindy McReynolds, a Byrnesmill, Missouri, resident whose daughter lived in The Dwight, 642 S. Clark St., said the college’s speedy decision to close the dorms was surprising.

“I was just leaving the neighborhood to go pick up my daughter to bring her home … when she called and said, ‘New plan, apparently we need to be out by this weekend,’” McReynolds said on Thursday. “I turned around, went home, got more boxes and then hit the road.”

The college sent an email to parents and students on Wednesday, March 18 announcing that all campus buildings and residence halls would close by Sunday, March 22, after a college “community member” tested positive for the coronavirus.

On the private Columbia Families Facebook page, many parents sought advice for how to best handle the logistics of moving out, also expressing confusion surrounding the specifics of student move-out, reimbursement and the college’s communication measures.
Move-out
Tracey Dubey said her daughter had already returned home to Howell, New Jersey, before the news broke that she would have to move out of her residence hall completely.

The college is not requiring students to remove all of their belongings, telling students in a collegewide email sent Friday, March 20 “a schedule will be devised to allow you to return to campus and remove your things. We will share it with you soon.” But some students and their parents would prefer not to wait.

Dubey said their family would have to purchase additional airfare tickets back to Chicago to pack her belongings. Regardless, she said she is happy the school made the decision to close completely because she wanted her daughter home anyway.

Wendy Habel, a Westmont, Illinois, resident said while she is glad to have her granddaughter living with her, she is concerned she may be at risk of contracting the coronavirus because of the tendency younger generations have to shrug off social distancing.

“Having her home is a little scary because [young people] can get it and just bring it home,” Habel said. “There’s a #DontKillGrandma on Twitter, so we have to remember that.”

One Columbia mother, Jodi Whoriskey of Westchester, Pennsylvania, said her husband made a 12-hour commute on his 50th birthday to pick up their son from his dorm.

Bruce Birky, a Columbia father from Lake in the Hills, Illinois, said he found the Wednesday, March 18 email to parents and students “a little muddled.” He said he understands the decision but was unsure if it meant the students had to move everything out by Sunday, March 22, or if there would be an organized move out day at the end of the semester.

Despite calling the college for more information, Birky said he had not received a concrete answer from the school about how this weekend will pan out.

In an email to faculty, staff, students and parents sent at 7 p.m. Friday, March 20, the college said that property left in the dorms would not be “touched or moved.” The email also encouraged parents not to return to campus while Pritzker’s “stay-at-home” order was in effect.

“There’s no mention of any organization, so it sounds like it’s going to be a mad rush of everybody showing up to do what they need to do, which sounds impossible,” Birky said.


Refunds
Although administrators have said no tuition will be refunded to students, the Friday, March 20 email sent to faculty, staff, students and parents announced the college will provide an account credit for students with a Spring 2020 housing contract and unused meal plan costs.

Students with a resulting credit balance will receive a refund and are being encouraged to set up a direct deposit in the CCCPay section of the MyColumbia portal.

Between the Wednesday, March 18 email from the college telling students they would need to leave the dorms and make other housing arrangements “until further notice” and the Friday, March 20 communication, many students and parents were left with more questions than answers, particularly as it related to housing reimbursement.

“There’s part of me, since we pay the bills, thinking if they’re out of the dorms we should get a refund,” Habel said on Wednesday.

Birky said because of the country’s current crisis, he was not thinking about refunds at the moment.

“I’m not real concerned about … the money spent, but I’m hopeful that the college will, when we are all past this, be able to provide some relief for people,” Birky said.

McReynolds said it is a fluid situation and everyone is in the process of figuring things out.

“I trust Columbia to be fair, but I also know they’re paying bills,” McReynolds said.
College communication
While the college has been critiqued for being confusing and vague regarding the information communicated about the coronavirus, Birky said Columbia has improved and become more transparent, pointing to President and CEO Kwang-Wu Kim’s video message Wednesday, March 18 addressing the college’s decisions.

Julie Eittreim, a Buffalo, Minnesota, resident whose daughter lives off-campus, said the school is doing the best it can to adapt and its decision was not made lightly.

“Columbia has had the students’ health and wellbeing at the forefront in all these decisions,” Eittreim said. “I get a little frustrated with the [Columbia Families Facebook] page sometime because there’s a lot of misdirected anger towards the college and the folks that monitor that page.”

Ed DeMask a Batavia, Illinois, resident and father of a Columbia student living in the 30 East residence hall, said the college’s decision to close the buildings was a “smart move.”

“It seems like they’ve done a really good job of trying to keep the kids from having to give up on the semester and having to move out immediately,” DeMask said. “But when the coronavirus penetrates your community, you just don’t take chances.”