Where there is Smoke— book gives voice to domestic violence victims 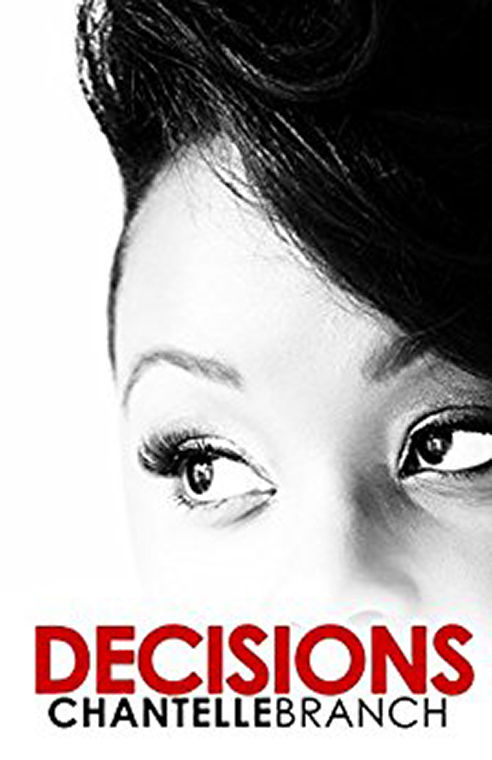 “Decisions,” a novel by Chantelle Branch that explores the struggles of being trapped in an abusive relationship, is having a book release party on its publishing date, Sept. 12 at City Lights, 6425 W. Grand Ave.

The story focuses on Maci, who falls in love with the charming Smoke. Within months, she learns he’s not the man she thought he was. He turns into a raging lunatic, forcing her to decide if she should stay with him or escape the suffocating hold of domestic violence.

As a professional hair stylist, Branch came across many stories from her clients about domestic violence. According to the National Coalition Against Domestic Violence, 20 people are abused by their partners every minute. Realizing how many different stories she had heard from family, friends, and even her own personal experiences, Branch decided to write the book as a wake-up call and self-published it on Kindle.

“I wrote this book in such a way that everyone can understand [and] grasp the idea of how [a] victim feels when they are in that relationship where they’re isolated,” she said.

Ten percent of the proceeds will be donated to Family Shelter Services, a nonprofit organization that provides services from emergency shelters to counseling for domestic violence victims. Branch volunteers with the organization and speaks to donors and survivors about the shelter and domestic violence in homes.

“I wanted to help other women that have to go to shelters, that need a safe place to go for the night or the next couple of weeks so they can be free and change their lives,” Branch said.

Family Shelter Services in Wheaton works to increase community awareness of domestic violence and provide shelters to victims, according to Lauren DeSimone, the organization’s director of advancement.

“For so long, our culture has marginalized this issue as [one] that stays at home,” DeSimone said. “When in reality, people’s freedom, rights and self-worth are being destroyed. It’s no longer OK to just say, ‘What happens at home, stays at home,’ and just sweep it under the rug.”

According to Tonia Garnett, a domestic violence activist, victims are often reluctant to end these relationships and may not admit the abuse is even happening. Often, the victim is so committed to the relationship that she hangs in there, hoping the violence will subside. By then, she’s in too deep to leave.

After losing her sister to domestic violence in 2005, Garnett founded the Kimmy G. Foundation. Named after her sister, it offers counseling, support and education on the issue in Evergreen Park.

“This is a silent topic but we must start talking about it to our children,” Branch said. “Say something when you see something. Help somebody get out who may be suffering.”