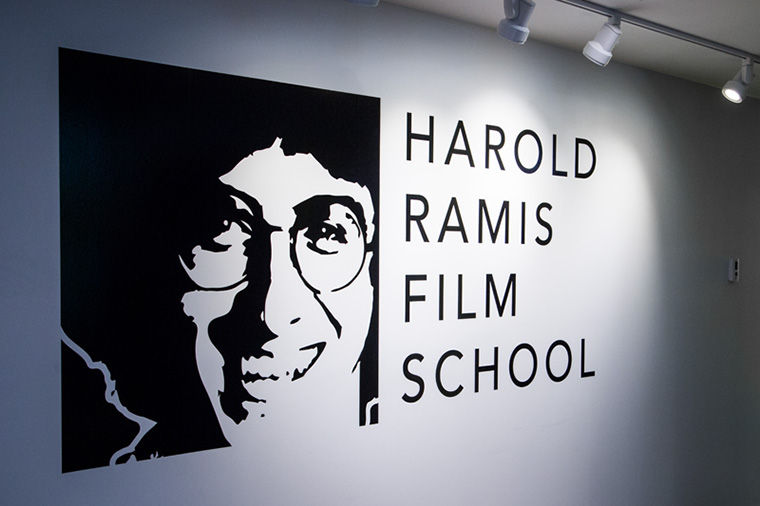 The Second City will be adding the Harold Ramis Film School—the world’s first comedy-focused filmmaking program, which opens in September 2016—to its newly constructed training center.

The film school, named after the Second City alum and director of films such as “Groundhog Day” and “Caddyshack,” will offer a year-long certificate program focusing on comedy theory, writing and filmmaking, all with a focus on improvisation.

Ramis, who died in 2014, was a titan in the comedy world, known for working on “SCTV” and  writing iconic comedies such as “Stripes” and “Ghostbusters.” Ramis was viewed as a Renaissance man in the comedy community, and the honor of having the film school named after the late icon is apt, according to Ron Falzone, an associate professor in Columbia’s Cinema Art + Science Department.

“When I heard they were going to name it after [Ramis], I practically cried,” Falzone said. “I knew Harold. He was an absolutely superlative human being—not just a terrific filmmaker. He completely deserves any memorialization [the Second City] wants to do for him.”

Trevor Albert, chair of the Harold Ramis Film School, worked with Ramis for more than 25 years, beginning as Ramis’ assistant on “Caddyshack” and progressing to a production partner for “Groundhog Day” and several other films. Albert said he was at first hesitant to take part in the filmmaking program because of his lack of academic background.

However, after speaking with Second City CEO Andrew Alexander about the focus of improvisational filmmaking and comedy-focused content creation, Albert said he jumped on board.

“I was a little skeptical until we started talking about the foundational improvisational element to the school,” Albert said. “Every director, producer, screenwriter or actor who comes through the Harold Ramis Film School has the opportunity to go through the improvisational journey, which teaches them something that is sorely lacking in people’s work ethic in Hollywood—which is the ‘Yes, and…?’ philosophy. In order for you to really cultivate a wonderful idea, you need to be collaborative and listen to other people.”

Jack Newell, director of the school and a Columbia alumnus, said the film school’s curriculum will be something no other school in the world offers.

“I went to film school at Columbia, and they don’t really do comedy filmmaking there,” Newell said. “These other film programs around the country don’t take comedy seriously. We want to try to attack film school from a different angle and imbue our students with a sense of collaboration.”

Columbia is known for its comedy studies program and association with the Second City, but the new film program will not partner with the college. However, Falzone said he did not see the new film school as competition, but rather a place to better broaden students’ filmmaking skills in relation to the already established film programs.

“What they want to do at the Harold Ramis Film School is begin to teach improvisational approaches to filmmaking—directing and writing,” Falzone said. “That’s not something we do, yet it’s a skill we’d love our students to have. I see it more as a place our students could go for additional education as opposed to a place to go instead of Columbia.”

The newly redesigned training center, which includes the film school as well as improvisation and sketch comedy classes, is taking the comedy institution into the 21st century, according to Albert. He said the new additions to the company will help create a new generation of high-quality comedy content creators.

“Hopefully this will be an opportunity for an entirely new group of young comedy minds to find a place [where] they can be nurtured and where they can experiment with their points of views and a safe place where they can create content and go onto the heights of people like Adam [McKay] and Steve Carrell and Harold Ramis,” Albert said.