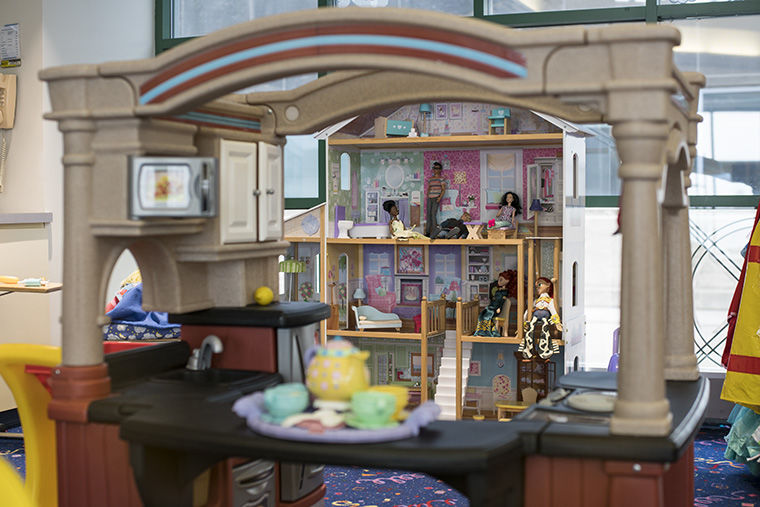 Twelve-year-old Keith Johnson has cerebral palsy, which has required 14 surgeries and many months in hospital gowns. If another surgery is needed, he will get to be a superhero during his stay at the hospital where he has spent a significant portion of his life, said his mother, Javaze Johnson said.

“Over the years, we have heard that hospital gowns tend to make kids feel worse [rather] than feel better,” de Haan said.

The new gowns button down the side, opposed to the conventional and uncomfortable back opening, have an attached cape that comes  in various colors  and are made of “super soft” fabric, de Haan said.

“[My son] was like, ‘So if I stay again, I won’t have to wear that gown that opens up in the back?’” Javaze Johnson said. “It gives [children] something to look forward to, and it brightens up their  long stays.”

The gowns are part of a $200,000 grant that will also aid in remodeling a kitchen area for families and children to use at La Rabida, de Haan said.

By remodeling the kitchen, children who have traumatic brain injuries will be able to use cooking as therapy, said Colleen Harper, director of Developmental, Rehabilitative and Child Life Services at La Rabida. The kitchen will also be used for recreational activity and as encouragement after a child has been through a difficult procedure, she added.

Javaze Johnson said some of her best memories have been made in the kitchen. As a parent who “lives at her son’s bedside,” she said she finds solace in knowing the space will be there during difficult times.

“We can make the kid’s favorite meals, and if it’s their birthday, we can go down and bake a cake together,” Javaze Johnson said.

The investment reflects the hospital’s commitment to create a child-friendly environment, which Harper said assists in a faster healing time for children. The hospital has patients’ art covering the walls and works with a nonprofit organization, Medals 4 Mettles, that awards medals to especially brave children going through difficult surgeries and treatment.

“We try to see what the world looks like from the child’s point of view,” Harper said.

Javaze Johnson said she and her son have experienced various Chicago hospitals since the day he was born 13 weeks premature and  have also stayed for a long period of time at the Rehabilitation Institute of Chicago. But she calls La Rabida her “lake home” because of its view of Lake Michigan and the tight-knit relationships she has formed with the staff.

More hospitals in the city should adopt policies and programs geared toward the comfort of child patients and their families, she added.

“The hospitals need to be more kid-friendly,” Javaze Johnson said. “The staff needs to be closer to the parents to give them that security.”

According to Debra Carey, chief operating officer for Cook County Health and Hospital Systems, all Chicago hospitals are required to have age-appropriate equipment designed for children, but because La Rabida is a free-standing children’s hospital, its space caters to children from the basement to the top floor.

An area where all hospitals can improve is with the Starlight gowns. Other hospitals are eligible for the program and participation instructions are provided on their website, according to de Hann.

“You don’t stop being a kid just because you are sick,” de Haan said.