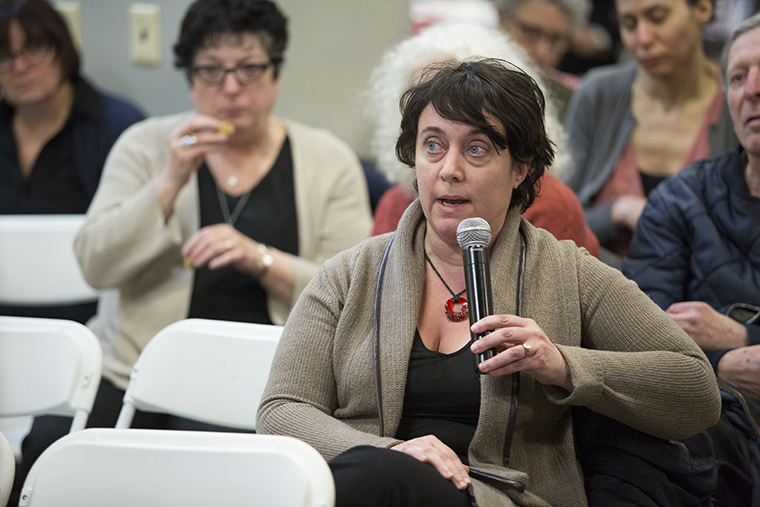 An online petition aimed at gaining adjunct faculty union representation for staff members has prompted a P-Fac and administrative response about its legal implications.

Staff Who Teach, a group of more than 70 full-time staff members—some of whom are members of the United Staff of Columbia College staff union and teach part-time at Columbia—launched an online petition March 11 asking to be admitted to P-Fac, the college’s part-time faculty union, as reported March 31 by The Chronicle. The petition objected to P-Fac’s contract, which signers believe caused staff members without teaching in their job descriptions to lose courses.

Patricia Rios, associate vice president of Human Resources, sent out an email March 26 instructing administrators and managerial staff not to sign the petition because she said doing so could lead to legal sanctions.

According to the National Labor Relations Act, employers cannot interfere or contribute financially in support of any labor organization. The petition has received 611 signatures as of press time, approximately 13 of which belong to upper-level staff. Rios said the college will not  punish managerial staff who signed the petition prior to receiving instructions not to do so, but the college would consider sanctions for those who disregarded the instructions.

“The staff who teach petition—we consider that to be an internal [Illinois Education Association] matter … and we can’t have management deciding for the union or getting involved,” Rios said.

In response to Staff Who Teach’s petition and a March 17 open letter asking for P-Fac’s support, P-Fac emailed a statement to current members March 27 clarifying the union’s ability to admit staff members. P-Fac explained in the email that an assessment is being conducted to determine the legality of admitting staff members.

Diana Vallera, P-Fac president and adjunct faculty member in the Photography Department, said in a March 19 interview that she encourages staff leaders to work together and support each other.

“There’s all sorts of benefits in having stability in the workforce,” Vallera said. “I don’t see any impact on students…. [The P-Fac contract] helps students to have [experienced] instructors.”

The statement also clarified that the current contract allows full-time staff who teach as part of their job description to choose courses before first tier P-Fac members.

The contract’s tier system breaks adjunct faculty up into three tiers according to the number of course hours an instructor has taught. Adjunct faculty with 51 or more hours are placed in the first tier and given the first choice of courses, followed by instructors in the second tier and the third tier, which consists of new instructors and staff members who don’t teach as part of their job description. Staff Who Teach is petitioning to be represented by P-Fac because some staff members, regardless of how long they’ve taught, are placed in the third tier and therefore weren’t able to teach courses they’ve taught previously.

Lauren Targ, assistant director in the College Advising Center and adjunct faculty member in the Television Department, said she was disappointed that the college asked upper-level staff members not to sign the petition.

Targ said that Staff Who Teach was glad to have support from higher-ups at the college.

Targ said Staff Who Teach is focused on having the best quality teachers in the classroom, adding that although staff members have been allowed to teach after P-Fac signed the contract, it has been more difficult for them to obtain courses they taught before.

“We don’t really understand the pushback on our petition to become one with P-Fac,” Targ said. “We’re adjunct faculty whether we’re with P-Fac or not … and to us, whether it’s our day job or our evening job, we’re here for the students.”

Although members of Staff Who Teach do not know what will happen if they are not allowed to join P-Fac, Julie Alevizos, creative industry liaison in the Portfolio Center and adjunct faculty member in the Cinema Art + Science Department, said she wants the relationship between staff and P-Fac members to remain amicable.

Mary Rachel Fanning, coordinator & college advisor in the College Advising Center and adjunct faculty member in the Photography Department, said despite continuous conflicts, Staff Who Teach has remained hopeful that its recent efforts will allow them to join P-Fac and teach more courses.

“Even though the communications [between P-Fac and the college] have felt very negative, we still do believe in unity and we are very hopeful that this will have a positive outcome,” Fanning said. “We’re here for the students and we want our students to study in a very positive environment.”