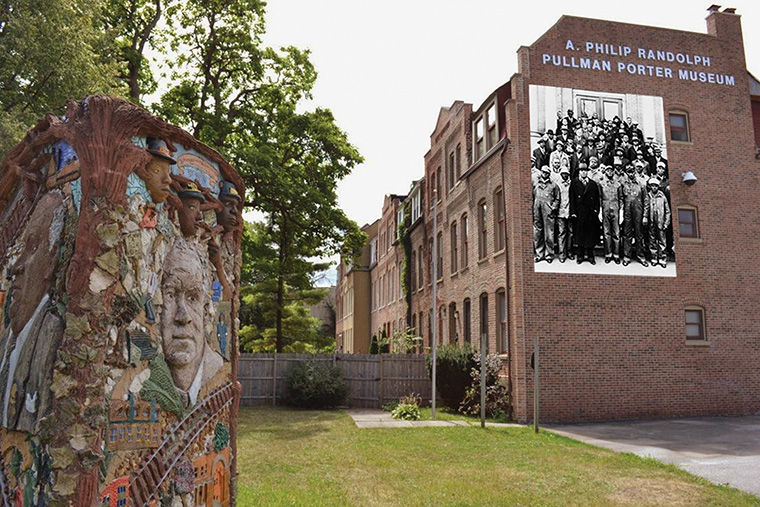 The National A. Philip Randolph Pullman Porter Museum, located at 10406 S. Maryland Ave. in Chicago’s Historic Pullman District, has been expanding its efforts to increase the museum’s visibility in Chicago.

Founded in 1995 by the museum’s Director Emeritus Lyn Hughes, the National A. Philip Randolph Pullman Porter Museum honors the history of Pullman porters, who played a prominent role in America’s first African-American labor movement. The Museum has been involved in educational efforts to more widely communicate the history and culture of Pullman porters throughout the last 20 years, according to Hughes.

Most recently, the Pullman Porter Museum hosted its first Ida B. Wells Book and Arts Fair, which is expected to be an annual event and is named for the African-American writer, speaker and social activist.

The event, which took place Oct.17–18, was organized to honor Black History Month’s occurrence during October in the United Kingdom, where Wells frequently lectured, said Michelle Duster, presenter at the book fair, an adjunct professor in Columbia’s Business & Entrepreneurship Department and Wells’ great-granddaughter.

Hughes said Wells opened the doors of her own home to The Brotherhood of Sleeping Car Porters—the Pullman porter labor union fronted by A. Philip Randolph—even after African-American business owners in Chicago had been instructed not to welcome them.

Duster presented “Tate and His Historic Dream,” a children’s book she co-authored with Bernard Turner, who also presented at the event.

“Tate and His Historic Dream” covers 300 years of African-American history and features an assortment of influential figures that the main character speaks to while traveling through time, Duster said.

“There are figures within the book  that many of our young people are not familiar with,” Turner said. “How are you going to learn about your history if they don’t teach it to you in school? What we’ve done is put together a book that weaves the history into an event that young people can get into in a non-threatening way.”

The book was initially aimed at an adult audience but worked better as a story for young people, Turner said.

“Questions are asked of the historic figures that only a child could get away with asking,” Duster added. “It’s been a really great vehicle to elicit the information through the eyes of a child.”

Turner gives tours of the Bronzeville District, as well as several other neighborhoods, noting that the ability to learn about the history of a location as one moves through the space physically helps illuminate its context.

According to Hughes, the book fair will continue in future years.

“At the very core of what we do—and why I’ve remained so dedicated—is that a person’s culture dictates how they present themselves. It has everything to do with how they feel and how we feel about ourselves manifests through our actions,” Hughes said. “If a community feels no connection and does not feel they are important or that they matter, you see that in their behavior.”

Hughes decided to found the Pullman Porter Museum in 1995 after attending a tour of the Pullman district.

“The [tour guide] was giving the tour spiel, and he was very articulate and informed about the subject matter,” Hughes said. “But I had to raise the question, ‘Can you tell me what role African-Americans played in the Pullman story?’”

Subsequently, Hughes visited a library, determined to learn more, but she only found two books on the topic.

Hughes said the book she checked out was “A Long Hard Journey: The Story of the Pullman Porter” by Patricia C. McKissack and Frederick L. McKissack. She said she read the book in one sitting and found herself weeping.

“It spoke to the hardships, the sacrifice, the determination [and] the sense of unity these men put together to form America’s first black labor union,” she said. “The story literally changed my life.”

Hughes said she felt sad, angry and embarrassed that she had not previously been able to familiarize herself with the history of the Pullman porters, which was not taught to her in school.

“In spite of what [Pullman porters] had experienced, nobody  was talking about it,” she said.

The National A. Phillip Randolph Pullman Porter Museum celebrates its 20th anniversary this year. It is currently developing a collaboration with Columbia to launch an oral history documentary project. To learn more, visit www.APhilipRandolphMuseum.com. To learn more about Bernard C. Turner, visit www.HighlightsOfChicago.com.