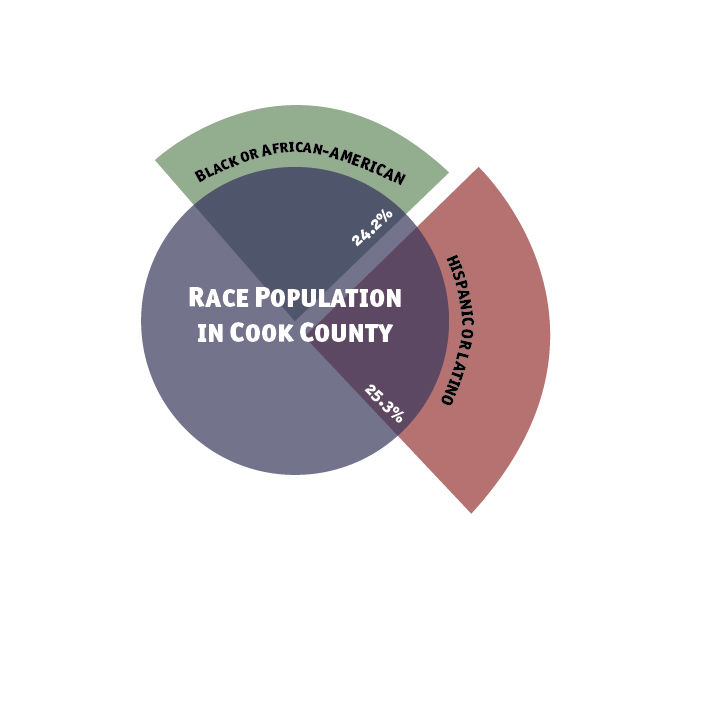 While plans for the $8.5 billion O’Hare International Airport expansion are in development, City Council’s Black and Latino caucuses are pushing for increased minority representation in job contracts.

The expansion project will generate an estimated 60,000 construction jobs by 2026 and will work alongside of Mayor Rahm Emanuel’s O’Hare 21 project, which is expected to generate an about 460,000 jobs over the next eight years, according to a Feb. 28 city press release.

The new airport expansion plan is supported by both United Airlines and American Airlines, which are footing part of the bill for the expansion, but some of that money is reimbursable by the city, according to Ald. Leslie Hairston (5th Ward), a member of City Council’s Black Caucus.

While Emanuel has emphasized the economic advantages the expansion will bring Chicago, some aldermen remain concerned about the workforce’s diversity. The two caucuses are collaborating “minute by minute” to ensure the O’Hare expansion provides jobs for minorities, Hairston said.

“The minorities in Chicago have historically been left out of these contracts in a significant way when [they] remain a majority of the population,” she said.

In order to ensure the expansion has a diverse workforce for both temporary and permanent jobs, aldermen are discussing the issue with airline boards of directors, Hairston said; however, she is uneasy about the progress made during the talks.

“If [there] wasn’t [a concern], these talks wouldn’t be going on,” she said. United and American do not have very diverse boards, which can lead to a lack of job representation throughout their workforce, she added.

The two caucuses are merging their political muscle to ensure minorities do not get short-changed job contracts during the project, said Ald. Milly Santiago (31st Ward), a member of City Council’s Latino Caucus.

However, the census was not able to accurately calculatethe number of Latino and Hispanic or Black and African-American people in Chicago alone.

The request for increase representation in the O’Hare expansion project is reasonable, said Dick Simpson, a political science professor at the University of Illinois at Chicago and a former alderman of the 44th Ward.

Chicago does “reasonably well” employing minorities in large city projects but can do better,  Simpson said. A multi-billion dollar project like this is a strong opportunity to pursue that, he added.

The benefits of hiring a diverse workforce go deeper than just minority representation, said Sarat Ali, chairman of the board of directors for the Airport Minority Advisory Council.

“When you see there is no diversity on contracts, you are limiting your opportunity for building a better community,” Ali said. “Those people live in the community, they buy homes, automobiles [and] services in the community. You can hire people who are diverse and can build their community and simultaneously provide a great business resource.”

Aldermen were able to speak with airline representatives again during a March 15 City Council Committee on Aviation meeting, according to Hairston.

Construction on the $8.5 billion expansion project could be delayed if these issues are not resolved, she said, adding she is uncertain if or when the aldermen and airlines will reach an agreement.

“We can’t anticipate exactly what could happen,” Hairston said. “We generally work well into the evening on these types of situations. Something might be good at 5 [p.m.], but by 8 at night, it might change.”