No refuge for degenerates in ‘The Boy Next Door’ 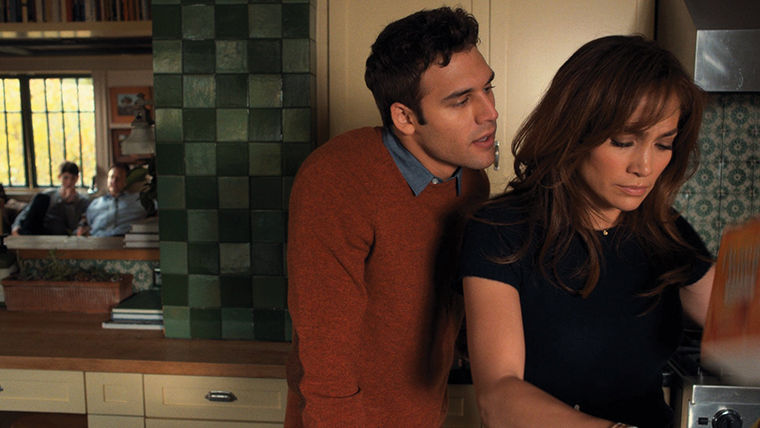 No refuge for degenerates in ‘The Boy Next Door’

Considering the premise of “The Boy Next Door,” its only hope is that the filmmakers take a deep plunge into the story to make the movie either a calamity of hilarious proportions or another surprising success to add to Jennifer Lopez’s career. “The Boy Next Door” is neither, being too predictable for the so-bad-it’s-good category and too fettered by indecisiveness to add any jewels to Lopez’s Hollywood crown. The thriller is an empty film riddled with cookie-cutter cliches.

The film opens with Lopez running in a predictably tight tube top, sweat coating her bare midriff. Lopez’s character, Claire Peterson, is coping with her recent separation from her adulterous husband while working at her son’s high school teaching a dubiously titled “classics” course. Late to her son’s medical appointment and wrestling with a broken garage door, she is rescued by a robust pair of biceps belonging to Noah Sandborn, the 19-year-old boy next door played by Ryan Guzman. His raunchy and undisguised advances save Claire from her boring suburban life and give her solace in a night of revelatory passion, distinguished by a revealing scene, which challenges Lopez’s strict “no nudity” contract.

Noah misappropriates love for lust, though, darkly vowing that Claire is “a woman to be cherished.” Having sparked faintly defined killer instincts in Noah, Claire’s life comes under attack as Guzman’s character does everything he can to replace her husband and child.

Characters are used as plot devices without any real purpose rather than dynamic figures. Characters come and go, and the dialogue beats every dead horse possible.

The lines flow off of the halfhearted script like a news report amid a foreign disaster.

“Oh my god, he’s threatened my life, my son, my job,” Lopez mouths while she unconvincingly cleans up incriminating evidence, as if she were a model walking off the set of a photo-shoot rather than a distraught woman afraid of the future. Lopez hardly fits the role of an aged teacher, let alone be married to aging cheater by John Corbett.

Lopez, who generally plays strong female leads, has trouble portraying a victim. Noah’s mommy issue-driven psychosis would have made sense if she seduced him, but like any movie failing the film Bechdel test—a moment where two women talk about something other than a man—Claire is passive until it is convenient for her not to be. A majority of Lopez’s screen time is spent cooking dinner for her family while she swoons over Noah’s handyman skills.

Rather than making the backwards-fun trash that the script was intended to be with its lowbrow puns and wooden characters, the film’s creators tried to make a real pseudo morality play. Pulling in both directions gets this film nowhere, ultimately punishing Lopez for her sexuality and punishing the viewer with 91 minutes of “The Boy Next Door.