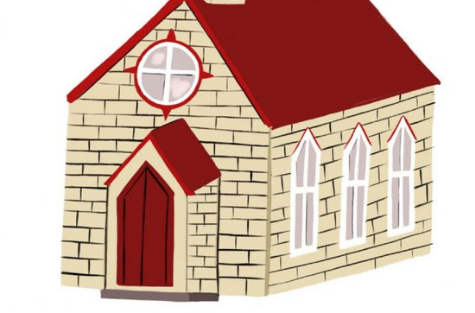 Hillsong, an evangelical Christian megachurch with more than 100,000 members worldwide, has come under fire once again for the anti-LGBTQ stances it tries to keep under wraps.

The church’s California locations are known for their celebrity attendees, including: Kendall and Kylie Jenner, Hailee Steinfeld and, most notably as of late, Chris Pratt. The church has been involved in a variety of media storms centered around its history of conversion therapy and traditional conservative Christian viewpoints, including its stance against marriage equality, its views against abortion and birth control.

More young people are leaving organized religion than ever before, with 35 percent of millennials identifying as having no particular religious affiliation, up from only 16 percent in 2007, according to the Pew Research Center. Mainstream Christianity—led by the same heteronormative, wealthy and white leadership for thousands of years—has become unappealing to many young people who are embracing and pushing for equality across the lines of gender, sexuality, race and socioeconomic status.

Hillsong appears to present a solution to the church’s dwindling population. Tattoo-covered 21-year-olds attend in beanies and jeans. Rock music from a live band blasts over speakers while everyone sings along and dances. The pastors are charismatic and enthusiastic, dressed in T-shirts and leather jackets. Finally, attendees think, an environment where young people can worship without putting on a tie and standing stiff next to their parents at 8:30 a.m.

But make no mistake: Hillsong has done nothing more than update the church’s brand. Introducing celebrities and pop music are pointed tactics to appear modern and innovative without doing any meaningful work to combat the toxicity that sits at the core of conservative Christianity. Instead of adapting to the times by embracing and affirming the LGBTQ community or abandoning outdated ways of thinking, Hillsong has taken a much more insidious path: deception.

Despite its outdated ideologies, Hillsong still manages to attract thousands of young, cool and modern congregants who line the church’s wallet and bring in more members. By doing away with the trappings of traditional churches—cramped pews, stuffy outfits, hymns in droning harmony—Hillsong has crafted a careful brand. When young people feel like they are attending a rock concert alongside their favorite celebrities once a week, dangerous and hateful ideologies become secondary, though they fester just beneath the surface.

Making public statements that LGBTQ people are welcome to attend the church means nothing when current senior pastor Brian Houston wrote on his blog in 2015 that the church “[does] not affirm a gay lifestyle and because of this [does] not knowingly have actively gay people in positions of leadership, either paid or unpaid.”

The church is presenting the same old, oppressive ideals in a shiny new wrapping so they are palatable to a younger generation. There is nothing innovative about that. Saying LGBTQ people are welcome in a place where their identity is made invalid is appalling. It is not a sanctuary if people are oppressed when they walk through the doors.