Awkward: How do you broach conversations about tough topics at the dinner table? 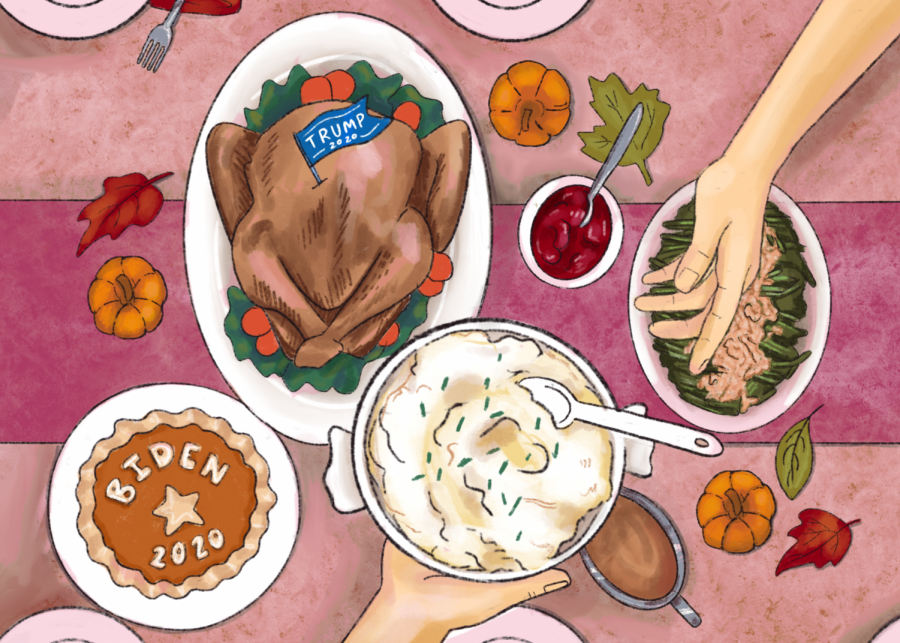 Whether you will be spending time with loved ones physically or virtually this Thanksgiving, you are bound to engage in a discussion about recent events: racial injustice, the election, COVID-19 or other issues.

The holiday dinner table is a popular forum to engage in these conversations—but how do you do so without someone getting so angry they storm out before dessert?

Experts explore how to talk about disagreements gracefully:
Is it polite to have conversations about controversial topics over dinner?
“When it comes to etiquette, and the etiquette I’ve learned from finishing school is that politics is generally a very taboo subject,” said Bonnie Tsai, founder and director of the etiquette training company, Beyond Etiquette. “With everything that’s going on, I don’t think it’s so black and white.”

Tsai said when deciding whether to get into a discussion about a tough topic, read the room. Ask yourself a few key questions: Do you feel like you could have a respectful conversation about the topic without it devolving into an argument? Would a conversation move you toward a better understanding of another’s viewpoint?

If so, Tsai said you may be able to have a civilized conversation. However, emotions may still be heightened depending on your relationship with whomever you are speaking.

“Sometimes it’s a little harder to talk to your family who has opposing viewpoints because you guys know each other so well,” Tsai said. “You’re comfortable, and when you’re on opposing sides … you get into fights a lot easier and you become emotional a lot easier.”

Should the conversation get out of hand, Tsai recommends putting a stop to it. Steer to another subject, but remember to acknowledge the validity of everyone’s viewpoint.

While it might not necessarily break rules of etiquette to discuss politics over a meal, dinner may not be the most appropriate space to host these conversations.

Dr. Bahareh Sahebi, a psychologist and licensed family and marriage therapist, recommends making sure you have enough time for these discussions to play out.

“The Thanksgiving dinner table is not the time to have some of these political discussions that we’re going to have,” said Sahebi, who is also a core faculty member of the Marriage and Family Therapy program at Northwestern University. “Perhaps these conversations are better to have in a one-on-one context.”
How can I invite my loved ones to engage in topical conversations I want to have?
Sahebi said conversations about race, inequality and social justice can provoke arguments because some topics can be viewed as microaggressions, while others see it as oversensitivity.

She suggests starting from a place of empathy. Regardless of political beliefs, Sahebi said most people are experiencing shared feelings of vulnerability and anxiety these days.

Listen with curiosity, do not introduce your own opinions or perspectives at first and take the conversation as an opportunity to explore the other person’s assumptions.

“If we provide them an opportunity to say their piece, things generally soften up a little bit in being able to have a conversation,” she said.

Internally, clarify your intentions in having this discussion in the first place, Sahebi said. Are you trying to put the other person down by making your point? Are you trying to open a dialogue? Is it coming from a place of concern? Then, identify “hotspots,” or triggers that could set someone off, as well as “blindspots” in both your mind and theirs.

“We want to invite problem solving and mutual learning in the process,” Sahebi said. “We both want to see if we can have a respectful dialogue along the way.”
What if someone says something I find offensive?
A loved one may make a generalized comment about a group or identity, and while it is not directed at you, you may feel like that aspect of your identity has been attacked. Even so, do not attack back, Sahebi said. Let the person know their comment about a group of people has included you and that it hurts.

Then, Sahebi recommends inviting the person to have an open dialogue with you so they can learn more about your perspective and experience—but only when they’re ready to have that conversation with you. Sahebi said not to force it. If they aren’t ready to have the conversation, you risk causing harm to the relationship.

But words can hurt regardless, whether or not your personal identity has been attacked.

“Tie that reality of what they’re saying to the emotion that you’re feeling,” Sahebi said.
What if I feel like I will never see eye-to-eye with my loved ones?
Sometimes, you and your family members may remain on separate pages. Sahebi said it is important to find and build your own community through social media or other means to connect with like-minded people. This can help you feel less alone, she said.

But, just because there are divides in your family does not mean you have to abandon them, Sahebi said. She said most of us are scared of “ruptures” in a relationship, when in fact some disagreements can bring you closer together.