The Columbia Chronicle • May 27, 2021 • https://columbiachronicle.com/author-editor-and-founder-of-columbias-echo-magazine-don-gold-dies-at-90 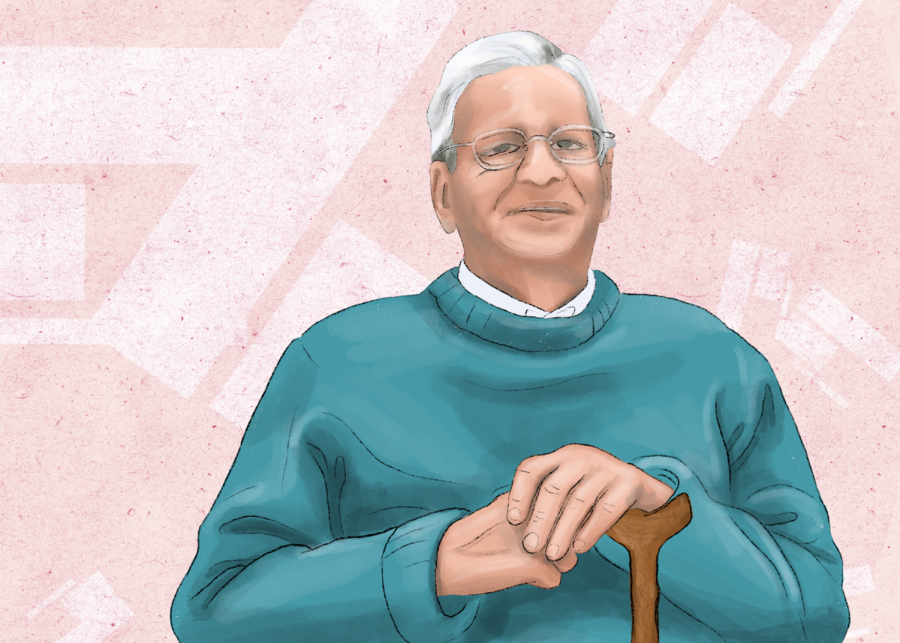 Founder of Columbia’s Echo magazine and editor for publications such as Playboy, Downbeat, The Ladies’ Home Journal and more, Don Gold is remembered as a caring gentleman who was passionate about his work. He was known by students as an attentive listener, encouraging instructor and a big supporter of all of his students’ endeavors.

Gold was an avid Chicago Cubs fan and a lover of animals, horse races, art films and food — his favorite being the meatballs his partner of almost two decades, Mary Brown, would make.

Gold, who was also a former advisor of the Columbia Chronicle, passed away due to kidney failure on May 2.

Brown said Gold was extremely supportive of everyone and anyone, regardless of what they did or their background.

“He taught me to be generous in many ways,” Brown said.

Brown recalls never going to a movie with him that was not worthwhile, saying they were “all challenging to the mind emotionally, and starkly beautiful.”

His daughter, Tracy Gold Pytlar, said above all animals, Gold was a major cat lover as he would read cat-related stories and often ask her to send photos of her own cats.

“He left Playboy when he was the associate editor and moved to New York City in 1962,” Gold Pytlar said. “He got a cat, that eventually was named Alexander, and that was the beginning of an obsession for him.”

Gold is also the author of “Bellevue,” a non-fiction piece about Bellevue Hospital in New York, and seven other books, as well as articles for Harper’s Magazine, The New York Times Magazine and the paper’s Book Review.

His best friend of 85 years, Richard Weininger, said there was never a restaurant that he and Gold went to that Gold did not enjoy and the two would often go to jazz concerts together on the South Side. In their younger years, the pair would play baseball, softball and golf together.

“He was a gentleman. A real kind, gentle person,” Weininger said. “And very considerate of other people.”

Gold started the Columbia College Chicago magazine, which would later be known as Echo. The magazine was managed by journalism students Arlene Furlong and Muriel Sims at the time and made its debut in 1991.

To this day, it is still students that invent the themes and concepts for each issue, with work from journalism, graphic design and photography majors who take the capstone class, “College Magazine Workshop.”

Covering everything from campus, local, national and international topics of interest to the Columbia community, the most recent issue, “Life,” talks about living in the middle of the pandemic, activism and life’s beginnings and endings.

Furlong, a former student and close friend of Gold’s, said he was unwavering in his attention to his students and that he saw them more as coworkers, giving deep thought into what they would need to be successful.

While at the time she and other students may not have realized it, Furlong said having someone of Gold’s professional stature as an instructor was a gifting experience and that under his teaching she and others felt guided in the right direction.

“Everybody talks about giving back, but with his background and with everything he’s done, it really was giving back to come back to us as students who are brand new to everything,” Furlong said.

Furlong once heard Gold say that teaching students at Columbia was the most rewarding and enjoyable of all his professional pursuits.

“Don was always there for me. He reinforced and encouraged me, almost never critical, using humor even when I likely deserved at the very least a bit more criticism,” said former student and Columbia Chronicle staff member Lance Cummings. “He seemed to know instinctively what could help people, and what might be more than they could bear.”

Furlong said Gold learned what his students needed to grow and improve.

Gold had a talent in connecting with all of his students, regardless of their background or point in life.

“He led people to self-guided discovery, and this is the highest accolade for any teacher,” Cummings said. “I’m sure he was like that with many others. So he will be missed by many, and certainly me.”

Gold is survived by his partner, Mary Brown, and his daughter, Tracy Gold Pytlar.