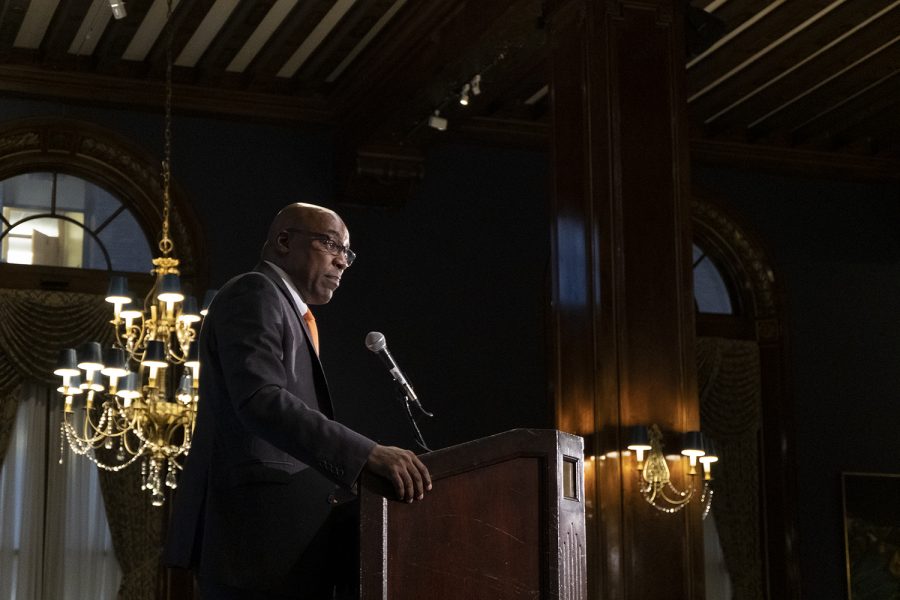 Illinois Attorney General Kwame Raoul broke down his plans of reducing gun trafficking and increasing access to trauma programs in a Monday address to the City Club of Chicago.

Since taking office in January, Raoul has worked to uphold a campaign promise to keep Illinois residents safe from violence, including gun crimes.

“As a public official, it is my duty to push back against this normalized violence,” Raoul said during a Oct. 21 address to the City Club of Chicago held at the Union League Club, 65 W. Jackson Blvd.

Raoul said this pushback will come in three installments, the first of which is combatting firearm trafficking. Raoul’s office is setting up a digital gun tracing platform, which will improve the quality of information and allow law enforcement officers throughout the state to suss out cross-county and statewide gun trafficking operations.

“My office, with statewide existing relationships with state and local law enforcement, is ideally positioned to initiate and guide this project and stop gun trafficking into our neighborhoods,” Raoul said.

The attorney general’s office is also seeking to facilitate trauma-informed care programs in hospitals across the state, Raoul said.

During his time as a state senator, Raoul sponsored a pilot program that opened trauma recovery centers in hospitals in Chicago and Peoria. As attorney general, he said he will continue to advocate for more open access to these services.

“Services that do the difficult and life-changing work of helping individuals recover from trauma or violence break the cycle and help build stronger, safer families and communities,” Raoul said.

Additionally, his office is expanding the definition of “victim” and therefore increasing access to the Illinois Crime Victims Compensation Act.

Administered by the office of the attorney general, the act provides eligible victims of violent crimes up to $27,000 in financial assistance for expenses related to the crime.

“Historically, unwritten rules meant this program’s resources often were not available to victims of gun violence—disproportionately black and brown men,” Raoul said. “We have been working hard to change that.”

“Untreated trauma takes its toll and often turns victims of violence into perpetrators of the same,” Raoul said. “There is no shortage of work to be done in order to make our state and our nation a better place to live. I’m just getting started.”