Arts in the Dark makes Halloween an artist’s holiday 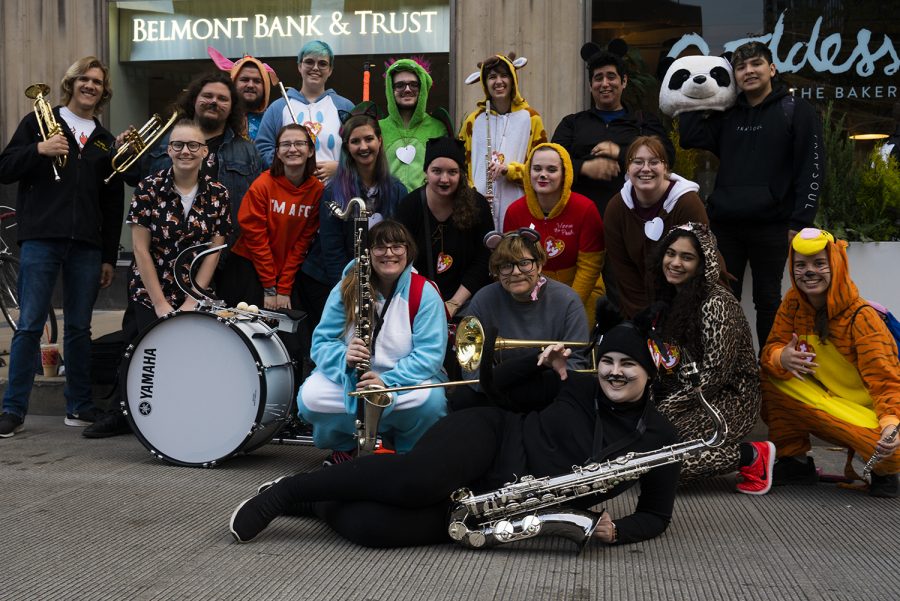 The Renegades Marching Band poses for a photo before performing at their first ever city parade during Arts in the Dark Oct. 19.

Spectators flocked to the South Loop Friday to experience the Arts in the Dark parade, an event celebrating Halloween as an artist’s holiday.

Featuring performers from across Chicago, Arts in the Dark lit up State Street with acts ranging from dancers to fire breathers.

Hosted by LUMA8, an organization that highlights Chicago art, in partnership with the Chicago Department of Cultural Affairs and Special Events and the Chicago Park District, the parade aims to display the full range of Chicago’s cultural scene in an artistic manner, regardless of what the participants specialize in.

“[It’s] not just all of the different art forms … it really is everything from the most esteemed established institutions, to aspiring young organizations, to artists and students who are in programs like After School Matters,” said LUMA8 President and CEO Sharene Shariatzadeh.

Participation is not limited to just organizations involved in the performing arts, so other companies and organizations are also able to get creative and be included.

Style Rivals, a company which hosts competitions for emerging wardrobe stylists, attended the the parade, performing a Halloween-inspired fashion show.

“I feel like Arts in the Dark is a platform to every creative person out there,” said Jennifer Kelly, event organizer for Style Rivals. “It’s a very important movement, and I hope to see it grow bigger and bigger.”

Shay Van Lue, director of the Renegades Marching Band, said the event provides a great opportunity for the band to perform outside of college events.

“The more that we can get Columbia’s band, or any sort of group or any sort of club that’s a part of Columbia, more out into the public or integrated into the city of Chicago is that much better,” Van Lue said.

Members of Columbia’s Dance Team also viewed the event as a valuable opportunity to perform and reach people through their art.

“I think it’s a great initiative to have a parade that really recognizes Halloween as being so artistic,” said Abby Nelson, a member of the Renegades Dance Team. “People who are creating visual art consistently can really show off to just the general public, and also celebrate a really fun holiday at the same time.”