Opinion: America’s pre-existing condition of racism does not excuse itself from accountability 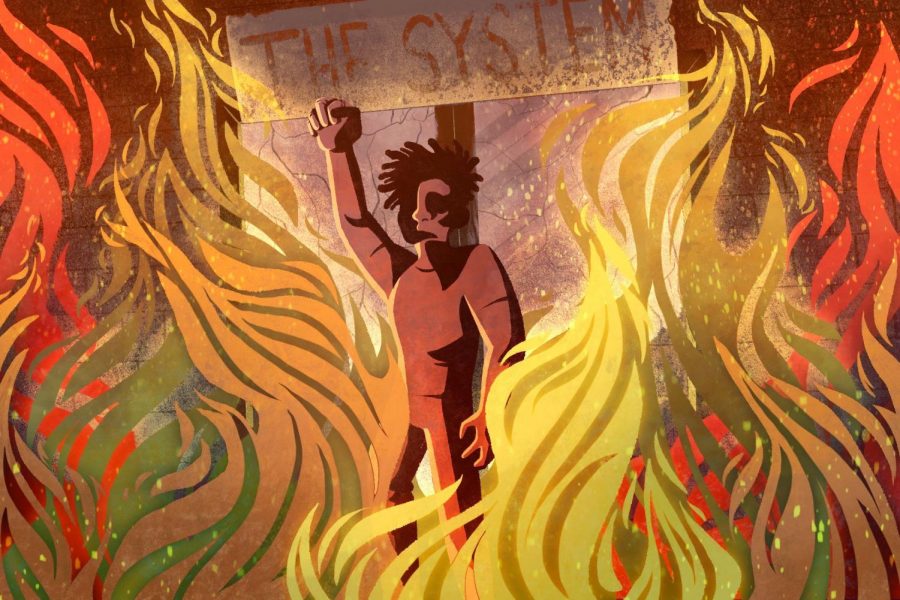 The modern-day lynchings of Ahmaud Arbery, Breonna Taylor and George Floyd at the hands of police, intertwined with numerous displays of glaring entitlement from white Americans, have exposed that America is not the country it prides itself to be.

America is a retail store set on fire⁠—black people act as sales associates and white people as customers who do not know the difference between their own entitlement and real oppression.

Black people are called upon to serve America’s customers, the white majority, and expected to uphold the utmost level of civility, even during hostile situations.

Turnover for black Americans is ever-present and fatal. After they are gone, commemorations of their lives are done post–mortem by putting names behind hashtags, but with each killing, the black community grows more tired. This fatigue is distressing as we attempt to protest our injustices, while white Americans lead armed protests with far fewer consequences.

During the coronavirus pandemic, heavily armed, white Americans at the state capitol in Lansing, Michigan, were allowed to violate stay-at-home orders and get in officers’ faces to protest with signs reading “LIVE FREE OR DIE FREE” for the sake of wanting haircuts.

When black people—who are disproportionately affected by the pandemic—and allies organized with signs that read “I CAN’T BREATHE” in protest of Floyd’s death in Minneapolis, they were met with tear gas.

As a black man I feel I have to make myself smaller, placating any grievance thrown my way.

Black people are met with criticism on how to best utilize our voices to be heard by those who have decided to stay ambivalent to our suffering because their privilege allows them to remain unaffected, or on the other side.

I have learned to be cautious of white Americans who come out to support us while championing Black Lives Matter. Hashtags are an easy way to fall into the trap of slapping a phrase on their headers, posts and performative threads tagging 10 Black people who matter, and call it activism.

We have no time for window shoppers of black oppression who settle for keyboard activism and short-term clout instead of acting in a meaningful way to prevent oppression in the long-term.

Floyd’s murder was the straw that broke our backs. It is sad that burned and looted buildings are what it takes for half of America to feel a semblance of the outrage black America feels when our own are killed.

Dr. King once said, “a riot is the language of the unheard,” in a 1966 interview with 60 Minutes. He said it will depend on the federal government and white America to determine how long it will take for the black community to have their freedoms and justices met. This interview was more than 50 years ago—and we are still waiting.

I have no sympathy for those who say the message behind protests have lost their weight because there are riots happening alongside them.

If you have been inconvenienced by protests and riots, imagine being inconvenienced for generations by police officers who take black lives without facing prosecution.

I am disappointed that it took Minneapolis police Officer Derek Chauvin kneeling the life out of Floyd to incite this outcry instead of the nonviolent kneeling of Colin Kaepernick in 2016.

The people who believe they can dictate the best time and manner for black America to protest are part of the problem. If it takes a riot for white America to finally recognize black issues and listen, so be it. GoFundMe’s can replace buildings and material goods lost, but not black lives.